1.  The left foot goes through a toe-out gait pattern at early push-off compared to the right.  Secondary to poor abductor co-contraction of adductors and anterior gluteus medius.

2.  The right lower extremity externally rotates more overall than the left.  During swing because of overactive iliacus and during stance because of innominate orientation of legs and trunk to the right.

3.  The right heel lifts early at mid-stance compared to the left and at push-off.  Secondary to longer interval of right weight acceptance and trunk glide and longer shorter swing and ‘stride’ with left leg.

4.  The femurs significantly internally rotate at push-off.  At late mid stance and trunk glide phases innominates are forwardly rotated too much contributing to FA IR orientation or position.  Especially seen in hyperextended individuals.

5.  There appears to be a higher ‘active’ mid foot arch on the right at mid stance.  Secondary to overactive, shortened strong right adductor influence on foot and ankle.

6.  No sufficient resupination of the left foot occurs after midstance to stabilize or “lock” the tarsus in the sagittal plane and allow for efficient propulsion.  Contributed by weak right acetabular femoral external rotational strength.

7.  The right 1st metatarsal is not secure in plantar-flexion against the ground during forefoot loading.  Contributed by C.O.G. over-distributed to the right and overactive left TFL during swing.

8.  The right 1st MTP joint does not dorsiflex freely for forward gait progression without compensatory dorsiflexion from smaller toes and shifting of COG to the right.  Secondary to forefoot and possibly rearfoot varus and overactive posterior gluteus medius and iliacus.

10.  The left shoulder does not drop upon left toe-off.  Contributed by weak left gluteus medius and left lateral abdominals at late mid stance or trunk glide.

Our first annual Interdisciplinary Integration course is fast approaching!  The course is scheduled to begin next week, Thursday March 26th, and conclude on Sunday March 29th.  Between now and the start of the course we will be busy here at PRI placing thefinal touches on the course material.  If you have already registered for this course, we look forward to seeing you!  If you are not registered and are interested in attending, please contact us!

Please join us March 28th for Postural Restoration - A One Day Clinical Course.  If you have taken Myokinematic Restoration or Postural Respiration and would like to spend a day learning how to clinically apply the PRI knowledge you have gained, this is the course for you!  Registration deadline is this Friday, March 13th.  Please contact us if you would like to register!

Check out the latest article written by David Drummer, DPT on frontal plane movement and PRI.  This article was written for thePerformance Conditioning newsletter.  This is a great resource to give to individuals when trying to explain the importance of the frontal plane.  To access the article, click here!

...the various skeleto-dental orthopedic classifications of the maxillo–mandibular relationship I, II and III are intimately related to body posture.”  This statement came out of an article published in LVI Visions magazine.  LVI Visions magazine is “a magazine by dentists for dentists”.  This article happened to be given to us by a local dentist.  To read this article, click here! 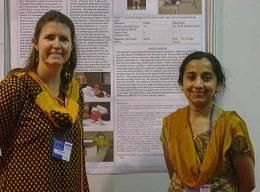 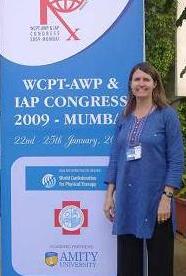 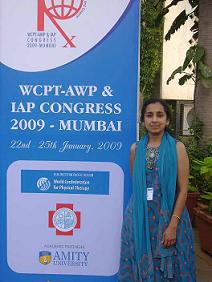 I am so excited about the upcoming four day Interdisciplinary Integration course.  Heather Engelbert and I, will be talking about Pelvic Floor Dysfunction.  Position is key for these muscles to work as they were intended for organ support and sphincter control.  We have the asymmetrical pelvis broken down into left and right with relationships of the “adductor, hamstring and glute max” of the pelvic floor.  Exciting stuff! We have developed a hierarchy of treatment with PRI principles and new exercises to show you!  We will also discuss when it’s appropriate to refer to a pelvic floor specialist for an internal exam and integration with other health care professionals.  We hope to see you there!