Check out this video submitted by Lori Thomsen, PT, PRC as she works on integrating trunk rotation with gait! 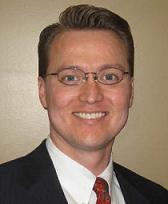 First Call Home Health in Salem, OR will now be hosting Impingement & Instability October 7-8, 2012 (Sunday/Monday). This course will be taught by James Anderson.
If you would like to register, please contact us or register online!

I always look forward to receiving the Journal of Craniomandibular Practice every quarter.  The Guest Editorial of the July issue was Brendon Stack D.D.S., M.S.  Needless to say, I was more interested in his editorial comments, than the excellent information in this issue that was devoted to the ear.  Dr. Stack outlined his “journey” of treating patients “from orthodontics to craniofacial pain and then to movement disorders.”  He reflects on how his underlying treatment philosophy evolved into the fact that many, but not all, of the movement disorder patients had underlying internal derangement of the cranium which results in abnormal maxillomandibular relationships. He recalls how for over a century, Tourette’s syndrome was considered a psychological disorder, a neurological brain disorder and then an infectious disease caused by streptococcus. It was never considered a disorder that was due to a structural abnormality, which then could manifest itself as a neurological problem. Dr. Stack pointed out that today Tourette’s is considered a “structural – reflex disorder”  that responds well to the use of intraoral orthotics that require no medicine or surgery.

As the result of the success in his treatment of Tourette’s, he applied the same principles to the treatment of Parkinson’s, cervical torticollis, and other types of “movement disorders.” He feels that the “motor component” of the movement disorder is the key to his 47 year journey of treating cranio-related pain through “repositioning”, “decompression” and reprogramming to “eliminate noxious input through the fifth cranial nerve into the central nervous system.”  After 32 years of practice, I believe in this approach and belong to a similar patterned journey. I just hope that in the next 15 years, I don’t change my “ position”  behavior, so that I too, can reflect on my 47 years and report that my journey was “ filled with learning and personal satisfaction of having made a difference in the lives of my patients.”

Speaker Mike Cantrell has created an instructional video of the PRI Non-Manual Technique: Left Sidelying Left Flexed Adduction with Right Extended Abduction and Left Abdominal Co-Activation. If you would like to learn more about this technique frequently used by PRI Clinicians to integrate frontal plane activity, check out the video below! 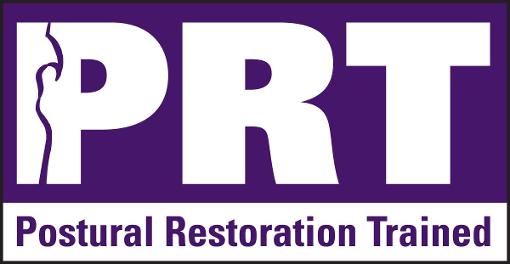 Since Fall is just around the corner, it is time to start thinking about our annual Postural Restoration Trained (PRT) credentialing process! Applications for the PRT Class of 2013 are due on October 15th, 2012. Examination and testing will take place in Lincoln, Nebraska on January 14-15th, 2013, following the Impingement & Instability course.

If you hold a certification through the BOC, CSCS credentials through the NSCA, or SCCC certification through the CSCCa, and have completed the following PRI sponsored courses: Myokinematic Restoration, Postural Respiration, and Impingment & Instability, you are eligible to apply! Please note that Impingement & Instability is offered immediately prior to PRT testing and you can apply for PRT indicating your intention to complete this course immediately prior to testing. Pelvis Restoration is NOT a requirement for individuals submitting applications this year, however this introductory course will be a requirement next year. For more information about the PRT credentialing process, CLICK HERE!

If you are considering applying for PRT this year or you have any questions about this recently established a credentialing process, please email Jen !

Maryland SportsCare & Rehab is a unique PT owned sports medicine/orthopedic clinic. We have been teaming up with PRI in recent years in order to train our diverse staff of PTs, ATCs, and strength coaches. In our Frederick, MD region, we have 7 high schools in which we have ATCs providing exceptional sports medicine services. They work closely with the community and the clinic therapists all of which are have been trained with Postural Restoration courses. This gives us the ability to screen athletes using PRI principles and treat when indicated in the local clinics.

Having attended several PRI courses and a passionate therapist with OCS credentials myself, I am developing an Orthopedic Clinical Residency Program that will be credentialed by the APTA. Since I have taken many courses and plan to apply for PRC in 2013, I will be certainly incorporating PRI principles as well.  We are looking for anyone with passion for excellence. Candidates do not have to complete a residency. There are plenty of opportunities available. There are currently 3 prime openings to join this movement at Maryland SportsCare & Rehab. We offer a very competitive salary and are willing to pay for PRC, as well as OCS. We have hosted PRI courses in the past and are excited to host the Cervical-Cranio-Mandibular Restoration course in February, 2013.

For more information on this opportunity or if you are interested in applying, please email your resume to Chris Roosa .

To see all of the career opportunities, visit our Careers page! 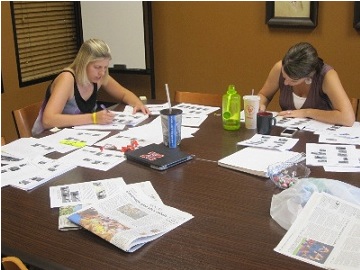 If comparing the ongoing CD project to the Olympics, it would be the Marathon, the longest race of the games. Bobbie and Jen have been feverishly working on the new CDs, set to be released soon. As they turn the corner and head into the home stretch, final edits are being made and finishing touches are being added.

Make sure to keep checking out our blog to find out when the CDs will be ready for purchase!