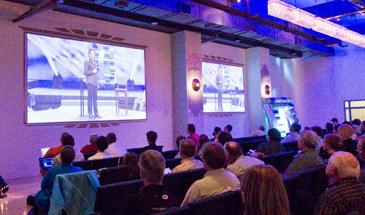 For those of you registered for the Interdisciplinary Integration Symposium in Lincoln, Nebraska on April 11-12, please note that we have MOVED the course location from the Postural Restoration Institute to the Grand Manse in downtown Lincoln.  If you are registered, and have not received a confirmation letter for this course…please contact us!  Can’t wait to see you in the spring!

“I always become energized when I present information relating to temporal-mandibular-cervical-cranial function. Each of these regions have direct influence on the others and I believe this particular class reinforced the clinical issues that occur when temporal, cervical and mandibular function are influenced by cranial or sphenoid orientation. Genioglossus (tongue) activity was well-received and therefore, will be updated and reinforced in future courses. I want to thank all the attendees in the course, especially the two dentists who joined us, and the fabulous host site for a wonderful weekend!” - Ron Hruska

“What goes on behind any successful athletic program is leadership. For the last 13 years, I have had the good fortune to work with John Cook, his coaches, support staff, and the team of individuals that have made the volleyball athletes he develops well-rounded, disciplined and ‘complete’. John’s passion for interconnectivity will ‘fire up’ the course attendees on the morning of the second day. Get your seat early!”

The reason we include a discussion on left ischial tendonitis and not right is because right ischial tendonitis is often ‘cleaned up’ or treated with a conventional myokinematic approach to the treatment of the Left AIC or PEC pattern.  One would start with “pulling” the anteriorly rotated pelvis back to neutral with left hamstring engagement (90-90 Supported Hip Lift with Hemibridge) then proceed with right glute max activity to “shift” the pelvis to the left and “rotate” the pelvis into left AF IR and right AF ER, therefore, reducing strain on the contracting, shortened right hamstring and the proximal attachment of the hamstring on the right ischial seat.

So in essence you would treat the right ischial tendonitis issue by using the myokinematic hierarchy of lumbo-pelvic-femoral control for the Left AIC patient that is outlined and covered in the Myokinematic Restoration class.  Remember under every PEC pattern there is a Left AIC pattern, so even if your patient had right ischial tendonitis and had limited SLR on adduction levels bilaterally, I would start with the above recommendations.

Bobbie Rappl
Posted February 22, 2013 at 9:27AM
Categories: Clinicians
0 Comments
Why do we ask patients to “move their jaw forward and to the left”?

Movement of the mandible to the right promotes good left lateral pterygoid function for meaningful chewing on the right with a balanced forward condyle to fossa relationship on the left during the actual downward power stroke.  Movement of the jaw to the right is, therefore, promoted which is so often lost on patients who are very active on their right side when they chew.  Right sided chewers over-activate their right lateral pterygoids immediately preceding opening and at the end of the downward power stroke on the right, by moving their mandible to the left after each power stroke.  Alternative chewing on both the left and right, is advisable as is keeping lateral pterygoid function balanced, by reducing right neck activity through left lateral pterygoid non-chewing function during the day.  The ‘Active Left Lateral Pterygoid in Protrusion’ is one way to keep balanced horizontal movement during mastication and the right cervical muscles relaxed because of the left lateral pterygoid indirect action on moving the cranium (sphenoid) and occipital base (OA/AA) to the left.

Because of the direct attachment of the stylohyoid, styloglossus and stylopharyngeus on the styloid process, moving the mandible to the left “pulls” the right temporal bone into external rotation and flexion, thus reducing intercranial torsion, and intraoral cants associated with the Right Temporal Mandibular Cervical Cranial (TMCC) pattern.  This technique reduces hemi-extension of the cranium, restores symmetrical cranial respiratory function and provides a complete base for the tongue to function without compensatory glossus activity.  By moving the mandible to the left, the hyoid, dorsal lateral tongue and pharyngeal thyroid cartilage move also to the left, promoting alignment of the airway and pharynx of the Right TMCC patient.

This week’s Interdisciplinary Integration featured speaker is Dr. Kris Berg. Dr. Berg is a Health, Physical Education & Recreation professor at the University of Nebraska - Omaha. His teaching interests include exercise in chronic illness and exercise in special populations. Dr. Berg will be presenting on day two of the symposium on asthma and exercise-induced asthma.

“The athletes’ ability to perform really depends on bronchial performance. What really is exercise-induced asthma? How does exercise induce bronchial constriction? Who really has it? And what considerations should be made when working with this athletic phenomenon? I can’t think of a more highly qualified person to answer these questions, other than Dr. Kris Berg. Should be an enlightening presentation for anyone who uses PRI principles in maximizing functional performance.” - Ron Hruska

Despite some travel delays due to the crazy weather across the country this past week, we had a great weekend of courses!

Myokinematic Restoration (Portland, OR) - “Enjoyed a great course in Portland with a nice mix of athletic trainers, strength and conditioning professionals, massage therapists, personal fitness professionals, yoga instructors and physical therapists.  A big thanks to Jimmy Southard of the Seattle Mariners for encouraging such a large group from his organization and to the girls in the back row who made such a great contribution to the course, even though they were initially intimidated by their lack of degrees and certifications.  Your interest and passion in learning was felt and appreciated by us all.” - James Anderson

Pelvis Restoration (Loveland, CO) - “I was amazed this past weekend of the course participants and their enthusiasm to learn and integrate PRI in their practices.  The host site, Rebound Physical Therapy, hosted their 7th PRI course this past weekend!!!! When I asked the participants and read their reviews, I feel three things stood out for them this past weekend:  1) Frontal plane integration of the pelvis inlet and outlet with patient function.  2) Improved understanding of inhibition in PRI and 3) Utilizing PRI tests to assist them with making improved clinic decisions for home programs for their patients. Very blessed to have assisted them this past weekend in their PRI learning! - Lori Thomsen 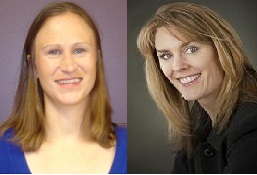