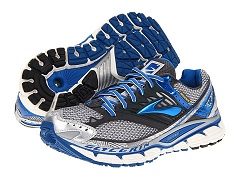 The Hruska Clinic staff recently updated their recommended shoe list. In addition, there are some notes at the bottom of the list to help guide physical therapists in choosing the right shoe for each patient. Click here to see which shoes made the list!

Bobbie Rappl
Posted January 31, 2012 at 11:09AM
0 Comments
Advanced Lightwire Functional in the Treatment of TMD, Orthodontics, and Sleep Disordered Breathing 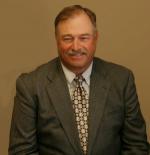 Craniofacial Pain Center of Nebraska, Michael Hoefs, DDS is offering for Dentists and Orthodontists a two day in office hands on course:

Lori Thomsen will be traveling to Phoenix two weekends in a row! Due to high demand, we have added a second course date for Pelvis Restoration in Phoenix.

Registration for February 25-26 is now open! If you are currently registered to attend the course on February 18-19 and would prefer to attend the following weekend, please email Paige to transfer your registration. Adding a second date will allow for two smaller courses and more one-on-one time with Lori!

Check out the PRI Vision blog for registration details on the upcoming Postural-Visual Integration course in Woodbury, MN February 25-26, 2012!

Be sure to mark your calendars and contact all your friends. Today we confirmed a new course for our 2012 schedule that is not listed in our brochure. We are teaming up with Kevin Neeld and Endeavor Sports Performance to bring Myokinematic Restoration to the Philadelphia area. Endeavor Sports Performance is located in Pitman, NJ, about 20 minutes east of Philadelphia.  All of us here at PRI are excited for this opportunity and our speaker, Jen Poulin, hopes to see you there!

The saying “squared away” means that one is in an adequate position for whatever has to be done next.  This saying has nothing to do with something actually being squared in shape or form.  It means: everything is in order; everything is arranged/ positioned and taken care of.  On the other hand, when you look at the human body, you can shape it by creating or arranging it to determine its form. Postural Restoration Institute® concepts/principles are governed by posture, position and patterns.  In every moment we are shaping our bodies into a posture that corresponds to the demands placed upon it.  Something that arranges and repeats itself in a predictable way is a pattern.  The body is shaped by how we use it and patterns govern how we function.  We all fall into patterns which create postures that reflect our body’s overall shape and/or position. READ MORE.

David Drummer, DPT, PRC recently posted this blog on the topic of squatting.

Often I have patients who enjoy lifting weights ask me: “When can I squat again?” They ask because they’ve been educated to know that a large part of the reason they’re in our clinic seeking treatment is because they have a forwardly tilted pelvis and a strong tendency to arch their backs backward, and that doing resisted squats with a barbell on their shoulders will make it difficult to get out of this position. This is because when they do squats with a barbell on their shoulders, they have to arch their backs, which is not something we want when going through a PRI physical therapy program. I think many postural restoration therapists would tell a weight lifter that they should NEVER perform a resisted squat. As a former power-lifter, a former patient at the Hruska Clinic, and now a certified PRI therapist at the Hruska Clinic, I have a slightly different perspective, though don’t misunderstand what I am about to say. Don’t tell people that Dave at the Hruska Clinic says its okay to squat, if you don’t inform them of the parameters REQUIRED before I allow them to squat. READ MORE. 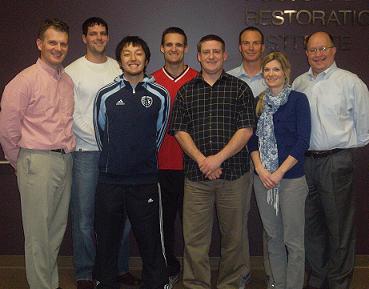 It is with much excitement that we announce today the Postural Restoration Trained Class of 2012!  PRT is the result of completing multiple advanced PRI courses, demonstrating a thorough understanding of the science through completion of the PRT application, and successfully participating in practical and analytical testing. Five individuals have earned the designation of Postural Restoration Trained (PRT) under the direction of Ron Hruska and Jason Masek.

The Postural Restoration Institute® established this credentialing process in 2011 as a way to recognize and identify individuals with advanced training, extraordinary interest and devotion to the science of postural adaptations, asymmetrical patterns and the influence of polyarticular chains of muscles on the human body as defined by the Postural Restoration Institute®.  The PRT credential is available to Certified Athletic Trainers and Certified Strength and Conditioning Specialists who have completed the requirements.

PRT credentialed athletic trainers and strength and conditioning specialists offer a unique approach to physical medicine called Postural Restoration. This approach addresses underlying biomechanics which can often lead to symptoms of pain and dysfunction. All mechanical influences on the body that restrict movement and contribute to improper joint and muscle position are considered, examined, and assessed. Techniques are utilized to restore proper alignment of the body while proper respiratory dynamics are considered. Treatment encompasses prevention and lifetime integration for long-term successful outcomes.

PRI Vision courses are set for 2012. To learn more about the courses offered click here!

Course Description: This course is designed to educate Physical Therapists, PT Assistants, and Occupational Therapists on how a patient with persistent patterning that inhibits PRI neutral maintenance, can be objectively evaluated and managed through tri-planar visual integration and autonomic inhibition. It will allow the course attendee to better understand why a patient with cervical and cranial imbalanced neuromuscular tone and activity is unable to correct patterned asymmetries. Specific treatment approaches will be offered to improve head on body (HOB) activity and visual cortical influence of the anti-gravitational and accessory respiratory muscle of the head and neck. This course will utilize PRI concepts and theory and ocular functional integration to change vestibular postural autonomic and biomechanics of postural stability. The speakers have dedicated their careers to patients with postural and visual imbalance and have utilized scientific principles in their respective fields to treat, in this unique interdisciplinary manner, visual integrative dysfunction. No prior visual training or visual course prerequisites are required. However, information provided by attending Myokinematic Restoration or Postural Respiration would be helpful.

Vision and Body Mechanics - Beyond 20/20

Course Description : Have you ever considered what a patient’s subjective refraction or eye alignment has to do with their back pain?  Or why a patient has constant neck pain while they are at the computer, even though they are pre-presbyopic and have good ergonomics?  The answer lies in how they use their vision to direct their bodies to perform any given task, such as walking, sitting at their desk, or playing a sport.  The relationship between vision, body posture and movement can be controlled through the use of lenses, then integrated and re-trained through physical activities designed to embed the new relationship.  This frequently results in decreased pain, improved physical performance, and prevention of future symptoms for a myriad of complaints.  We can influence the autonomic nervous system to turn the right muscles “on” and the wrong muscles “off” for any given physical task. This course is designed for both general eye care practitioners and behavioral/VT doctors to gain an appreciation for how vision controls the body and muscle tone, among other autonomic functions. The relationship of refractive findings, visuomotor skills, and visual processing to muscle tone and skeletal alignment will be outlined.  The focus of this course will be on how to achieve a MORE symmetrical, relaxed, whole body musculoskeletal system through integration of the visual system. Considerations for prevention of musculoskeletal dysfunction and maximizing human performance will be discussed, including eyeglass and contact lens prescribing recommendations. Participants will be able to work as part of an integrated team to manage neuromuscular patterns that contribute to spatial disorientation, headaches, neck tension, and low back pain, as well as appreciate how these are related to visual system function. 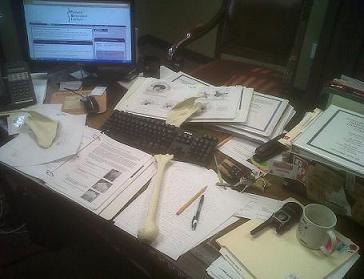 For the past several months I’ve been obsessed.  I’ve been obsessed with a need to explain the actions of the muscles of the upper half as they relate to the typical Left AIC and Right BC pattern.  It started when I was teaching Postural Respiration in Washington DC last year.  One of the course attendees said “Mike, you need to make a document like the one in myokin”.  She was referring to the document titled “Positional and compensatory influences of the Left AIC pattern on muscles of the lumbo-pelvic-femoral region” that’s on pages 18, 19 and 20 in the Myokinematic Restoration manual.  I helped James Anderson edit that excellent document of his on a cold winter day in Nebraska a couple of years ago.  Anyway, this was something that she wanted: a document that explained in a similar fashion, the actions of the musculature of the upper half.  I agreed that that was a great idea and thus began the obsession.  I didn’t realize how bad it was until folks at my office began to mention my desk being a mess.  Well, it’s always a mess, but this was a little worse than usual.  I wonder if that course attendee remembers asking and I wonder if she’s aware of what she’s done.

As I have been working on this device, I came across some issues with regard to the levator scapula.  I labored over this muscle (and a few others since I’m not exactly the sharpest tool in the shed) and continued to run into walls.  I was stuck.  No problem, I thought.  I’ll call my buddy James!  He and I have spent many an hour laboring over more-complicated stuff than a simple levator scapula.  Together I knew we could reconcile good old levator.  End result: hmmm. A non-definitive conclusion; although I think James had it but I kept throwing a wrench in the works.  We both agreed that I should call Ron.  Surely Yoda himself could square this away.

So as I continued laboring over the big document I called Ron.  “Ron”, I said, “I’m having some trouble with levator scapula”.  Well, little did I know that he was in the middle of a big meeting with Bobbie Rappl regarding the new exercise CD.  Bobbie just loves it when I call.  Ron began explaining as I wrote notes and eventually Bobbie signaled to him that he was supposed to be in a meeting with her.  We said our good byes and I began anew with my new thoughts on levator scapula.

Not five minutes had passed and I discovered a new obsession.  Not mine, Ron’s!  My phone rings: “Mike, its Ron”, he said.  “Bobbie is pretty upset because I’m calling you back when we should be in our meeting but I just had to.  I couldn’t let go of this levator scapula thing.  I want us to nail it down and I want you to create a document on levator scapula.  We need it and it’s more important than the document you’re currently working on”.  So for the next 30 minutes we focused our attention on levator scapula.  The end-result is the completed treatise available to you now.  As for Washington DC…Don’t worry, I’m on a roll.  I’m having a few issues I need to deal with right now though.  I know…maybe I can call Bobbie and Ron again.

To read the article on the Levator Scapula CLICK HERE!