Mike Travels Across The Pond To Teach Myokinematic Restoration! 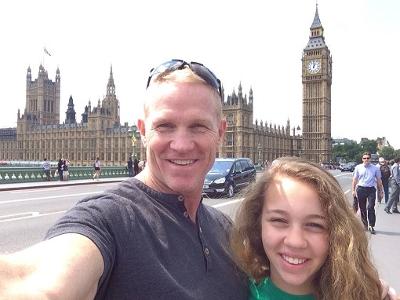 Mike Cantrell is currently in England and is headed to the city of York in North Yorkshire to teach Myokinematic Restoration this weekend! Here is a picture with Mike and his daughter Sophia visiting Big Ben and the UK Parliament in London yesterday. We can't wait to see more photos from Mike's trip and to hear all about the course! 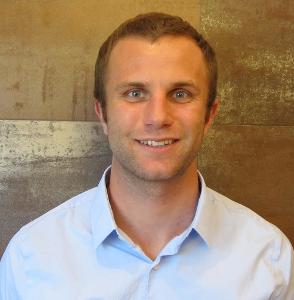 We are excited to announce that Matt Hornung, ATC joined the PRI staff earlier this month as Education Coordinator. Matt is busy training with all the PRI office day to day activities, and also in learning the course material. He will be attending his first PRI course, Myokinematic Restoration in Indianapolis next month! To learn more about Matt and how he became interested in PRI, click here! 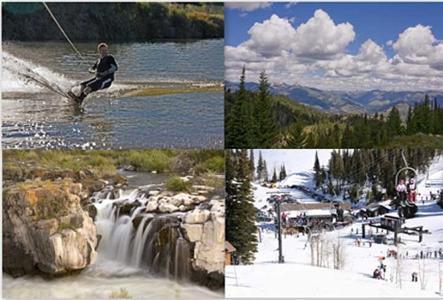 Please note that both credentialing programs will be limited to the first 30 applicants, so we do recommend submitting your application early. If you have any questions, please email me! 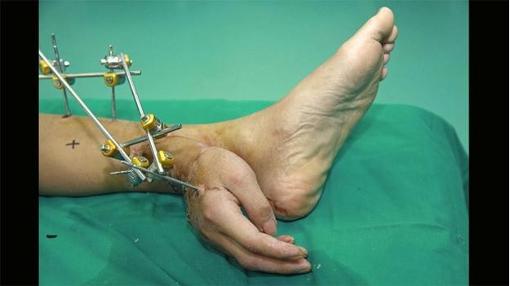 For those wondering, the picture is relevant because it shows a technique not often considered for the condition treated:  keeping a severed hand alive by grafting it to the patient’s ankle, then later replanting the hand back on his arm.

The conclusion of my story about Don didn’t involve any external fixators, but the treatment that he needed might surprise some of you.  To review, Don was the patient with left shoulder bicipital tendinosis whom I treated in part I (link) with the “gold standard” conservative orthopedic approach and part II (link) with the according postoperative approach as a good therapist has been trained to.  As mentioned, I outline this case to review the path that is so very accepted and yet, in my experience since I began training with PRI, not the most effective.  Don’s story concludes below:

Don returned to clinic 8 months after discharge with a new diagnosis of left shoulder pain with the remarks on the script “MRI negative” and “eval and treat.”  This is generally understood as physician lingo for “I have no idea what to do now…good luck with all that.”

Upon evaluation, Don reported that these left shoulder symptoms started about 2-3 months after we discharged him from PT intervention in spite of his persistence with his HEP and “it was all back to the starting point three months later.”  He still tested as a bilateral brachial chain patient with a PEC pattern, again was positive with impingement tests—Hawkins-kennedy, empty can, Neer sign.  He was frustrated, unable to work in his wood shop or play his accordion for more than 10 minutes without severe pain.  At this point, the patient and I discussed that fact that I had let him down to a degree because I wanted to take a different approach before surgery, but didn’t want to irritate Don or his referral source.  He understood, accepted my apology and we moved forward.

During the first 3 visits, we established that his bilateral brachial chain pattern and according left shoulder dysfunction was not the root of his dysfunction, but rather the manifestation of a “bottom up” pelvis patient whose primary difficulty was in maintaining frontal plane position of his pelvis.

The key to Don’s left shoulder function?  Right posterior inlet inhibition of his pelvis.  During the seven visits we treated Don using a PRI approach after the gold standard of orthopedic medicine and orthopedic physical therapy had failed to maintain his shoulder function for more than 3 months, his symptoms resolved.  He left the clinic a reciprocal, alternating, smiling woodshop athlete with bilateral HADLT tests of 4/5 at 72 years of age, “tickled” that he could play his accordion as long as he wanted without pain for the first time since before he first went to see the doctor more than two years prior.  Don is in occasional contact for the past 6 months with no return of symptoms, lots of activity and happy thoughts.

Six-month follow-up with no return of symptoms after the rest of my conservative clinical skills, an appropriate surgery and present day gold-standard postoperative care was unsuccessful.  These are the types of outcomes that keep my passion for this science alive and accelerating.  Moreover, these are the types of patient successes that remind me to be gentle but bold about intervention that I know clinically to be the most effective tool I have in the entire tool chest.

Clearly, each patient is different, and no, I have not seen a consistent correlation over time between the diagnosis of left shoulder bicipital tendinosis and the need for right posterior inlet inhibition.  The objective tests guided me to find the appropriate treatment, not my innate ability to hear the pelvis or shoulder speak to me.

The point here is not to create a case study for anyone to memorize to use in the future for that one seemingly random patient.  Rather, I hope that the take home is that there is a chance that this gentleman didn’t need as much intervention as he ended up having.  And, even in the face of the “old school” telling you exactly what they want from PT intervention, the risk is worth the reward if one can just take the first three or four visits to break down barriers to a different way of approaching an age-old mechanical dysfunction of a “shoulder.”

Thank you for reading, perhaps you can save a few visits for a few of your patients by way of my experience with Don.   My best to you! 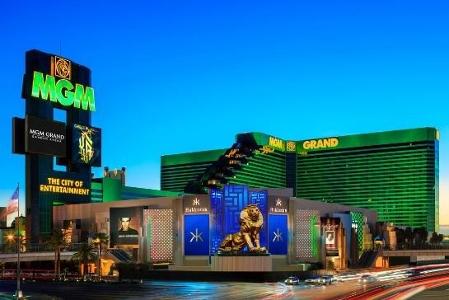 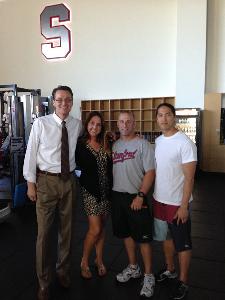 I had a wonderful weekend on the beautiful campus of Stanford University discussing all things PRI. Thank you Steven DiLustro for you persistence in working to put this course together. Thank you Brandon Marcello for your willingness to have us train the fantastic folks on your staff and for giving us all such a great experience. And thank you to my new friends from The Golden State Warriors and Cal State Northridge, who I look forward to working more with in the future. You guys were fantastic!

It was a pleasure to have both a PRC and a PRT as my clinical support and lab assistants. Thank you Julie Blandin, PRC and Caleb Chiu, PRT for your professionalism and willingness to help others learn concepts and answer questions. You two teamed up to help give all attendees a great learning experience.

And lastly, I need to thank the one and only Juan Pablo from the Stanford Men's Basketball Strength staff. I so appreciate all the extra time you took to be a personal tour guide for us while we toured all parts of the beautiful Stanford campus. You went above and beyond my expectations as a host and really made me feel like a welcome addition to your campus and facilities. Thanks again for all the time and attention you gave to help make our experience at Stanford the best! 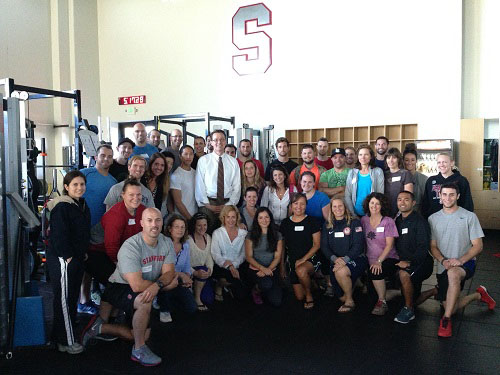 PRI® Integration for Yoga is growing! Will you be there?

Due to an outstanding number of registrants, this first-ever PRI® Yoga course will now be held in the historic downtown Portland Embassy Suites. We have secured >50 more seats, so reserve yours today.
https://www.posturalrestoration.com/programs-courses/affiliate-courses/integration-for-yoga

This weekend is shaping up to be one of the best PRI events you will ever attend! Save your money on a rental car as the hotel is just blocks from the airport lightrail. No need to bring an umbrella either; September is a gorgeous and dry time to visit the Pacific NW. Massage therapists will be offering chair massage at breaks and if the yoga and breathing doesn't get you relaxed enough, the hotel has a complimentary Happy Hour, two hot tubs, and a salt-water pool. Plan on spending an extra night or two in Portland and visit our beautiful mountains, beaches, and forests in this food-lover's paradise. No taxes here either, so shop away!

This innovative course applies the therapeutic principles from the Postural Restoration Institute® (PRI) to yoga. Join us and explore fundamental PRI® concepts, including asymmetrical human movement patterns, neutrality, and diaphragmatic breathing. You will learn PRI® assessment tools and yoga pose modifications to create PRI®-inspired yoga sequences that serve to both prevent and rehabilitate injuries. With both classroom and on-the-mat experiences, this weekend is not to be missed! The intended audience for this course is licensed health care providers and fitness professionals, however experienced yoga students are also welcome. 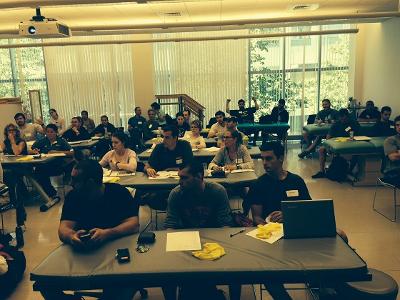 I had a fantastic time at Northeastern University in Boston with a super group of 50 people who were very hungry for Postural Respiration, Neurology and Biomechanics! Thank you Art for hosting what turned out to be a great PRI Collaborative weekend! And thank you to Chris Poulin, Donna Behr and Michael Niedzielski for teaming up with me to support the effort as capable lab assistants and resident experts of PRI.

We outlined the three dimensional nature of diaphragm dysfunction and the three planes of restorative diaphragm motion needed to fully realize left Zone of Apposition with the analogy of a right dominant Manta Ray. When teaching complex topics, I've found that analogies either really help or tend to really confuse. In this case, the group really latched on to the  three dimensional aspects of diaphragm function to help both the left hemi-diaphragm function more as a respiratory muscle and to help the right hemi-diaphragm function more as a postural stabilizer of the asymmetrical human thorax. #moveyourmantaray. We also described the diaphragm's role as the premier tri-planer performance muscle in the human body, with the capacity to unlock available movement in all three planes. #boom! #unleashthebeast! 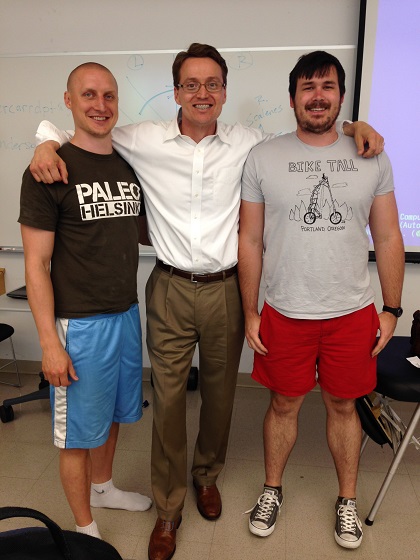 John Nyland did a nice job commenting on sports specialization in his editorial article in the June issue of JOSPT. If you have access to this article, be sure to take a look at it. Experiencing diversification in "physical, cognitive, affective and psychosocial environments" at all ages, probably also contributes to transfer of learning between cognitive, psychobehavioral and physical neurological processes.