A Student's Perspective On PRI Principles 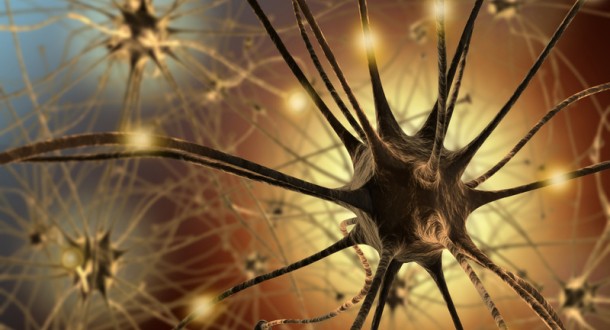 I recently found myself, once again, defending the wonderful science that Ron and everyone at the Institute have been so generous to share with us all. In this instance, the forum was a Facebook conversation (most of which can be viewed here) where PRC candidates Bill Hartman and Zac Cupples, along with myself, expressed our experiences with PRI to a group of contraians and skeptics.

As a means to provide closure, I constructed a response which provides a synopsis of therapeutic intervention as well as an explanation of how PRI prinicples help me intervene. After a wealth of positive feedback via social media, Jen and Ron asked me to share it here for the brilliant community of PRI clinicians. The response begins in the quoted text below.

Thanks to all of you for being such an inspiration and for positively influencing my education as a physical therapist.

"It's becoming increasingly clear that the path to system variability and pain-free movement is gated by neuroception (i.e. limbic threat appraisal) and autonomic nervous system output. And its these two properties of the nervous system which govern the effects of the innumerable methodologies therapists use to expunge system rigidity.

Autonomous of discipline or method, clinicians intervene at the level of the receptor (rods, otoliths, mechanoreceptors, etc.), engendering unique signal transduction and transmission into a sea of equal status patterns which participate in collective summing within the brain.

We'd hope our therapeutic inputs contribute to a modification in the perceptive capabilities of the patient, though (as we all know) this is not always the case. Some inputs never reach the level of perception while others exceed the adaptive capacity of an already rigid system, perpetuating chronic limbic hijack and sympathetic dominance.

But a positive change in perception opens valuable cortical real estate for neuroplastic remapping via graded exposure, which is the substrate for system variability. This is really the goal of any physical therapy intervention.

So, how do we know we're dealing with a rigid system in the first place? And furthermore, how can we evaluate the efficacy of our inputs with respect to restoring system variability?

Beyond many other "systems" I've experimented with, PRI seems to provide the most cogent answers to the above questions. And it's the "umbrella" which explains, to me, why other methods work.

What PRI provides is a means to identify a predictable pattern of ANS-mediated anti-gravitational motor output for a collection of systems held in some degree of rigidity. The perspective they bestow is quite comprehensive; PRI is a unified system respective of ALL sensory inputs capable of influencing reticular output (mechanoreception, vision, audition, etc.).

But woven through its complexities, their simple orthopedic testing and treatment algorithms provide a reliable means to assess this aberrant output, as well as evaluate the systemic and perceptual perturbations that might follow any therapeutic intervention (PRI, Mulligan, Maitland, MDT, ART, etc).

Because interventions can be both synergistic or antagonistic to the pattern PRI presents, utilizing a withdrawal A-B-A study design during a treatment session (with the patient functioning as their own control) upholds an element of internal validity beyond what other systems might be able to provide. I'd argue this makes PRI a powerful adjunct to anything you're already doing, as we scrounge for external validity in a increasingly heterogeneous population.

PRI treatment aims to recapture reciprocal and alternating movement in three planes across the three girdles of the body. And PRI is never about fixing posture - it's about restoring system balance, variability, and adaptive potential."

A quick note to announce that Launch Sport Performance is currently seeking a Licensed Physical Therapist to work in our new elite facility.  Launch Sport Performance is the first Postural Restoration Certified facility in Maryland and DC area.  Located in Rockville, MD, we utilize and integrated approach to help athletes reach their peak.   Experience with athletes is preferred, but Postural Restoration experience is a must.   Recent graduates welcome!

For more information, please contact Kristen Spencer at kristen@launchsp.com or 478-987-9697.

For those in Colorado interested in discussing PRI, the Colorado PRC therapists Lisa Kelly, Scott Kosola, and Craig Depperschmidt are planning a quarterly informal meeting to talk PRI. Our first one will be Saturday, May 31st 2p.m. at The Point Sports Medicine and Rehab. Address is 6801 W. 20th St., Suite 203 Greeley, CO. Lisa, Scott, and Craig will be leading topic discussion but the meeting will be informal and open to the needs and interests of the group. Email Craig at craig.depperschmidt@reboundsportspt.com with any questions! 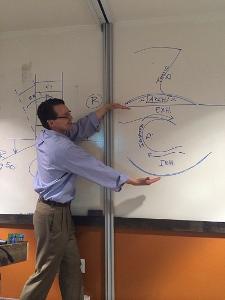 Salem, OR (Postural Respiration) - "I enjoyed reconnecting with all my old friends in and around Salem, Oregon during this past weekend’s course. Thank you Jacob Mullin for hosting another fantastic course and for building such a fantastic group of people around you who are such a joy to work with. We had a large class of attendees, but it still seemed very comfortable and well supported, in large part to my great lab assistants, Emily Soiney, PRC and Zach Hawthorne, PRC. Thanks guys for helping to provide such a good experience for all the Salem course attendees. I thought it went great! Loved all the good discussion about the respiratory diaphragm and the importance of rib movement for ideal human movement and performance. “Ribs that move the way they should for proper respiration will be ribs that support proper movement patterns beyond respiration”. Emily, tweet that for me! #ribsthatmove #gratefulforPRI" - James Anderson

I also had the chance to eat some ribs with another rib loving PRC, Minh Nguyen! 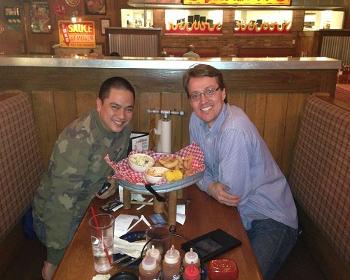 Chapel Hill, NC (Impingement & Instability) - "Chapel Hill, North Carolina has a magical place called Advance Physical Therapy.  I got to visit with a group of superstars there as I spoke about Impingement and Instability.  We pulled together multiple kinetic chains in an integrative way so that we all came to the understanding that humans "LOVE" to impinge and as a team of experts we can destabilize to re-stabilize and relieve that painful "love"!   New stability with awareness of NEW Reference Centers won the day. " I learned more than they did" says this humble speaker." - Mike Cantrell

Hey everyone, thought I’d drop in a brief example of how a PRI paradigm helps me in clinic.

In my practice, I treat about 25% postoperative patients.  Yesterday, I began a session with a patient who is seven weeks status post right ACLR who I had been predominantly treating "per protocol guidelines" with the patient improving functionally using that approach.  However, yesterday the patient presented subjective symptoms similar to those of pes anserine bursitis in the affected knee--she could not straighten her knee very well and noted end range pain, had difficulty with normal stride length on the right and could not stand on her affected right leg without severe pain in the anteromedial right knee.

Objective findings showed straight leg raise 65°on the right (60 left) adduction drop test positive bilaterally, Hruska adduction lift test 1/5 bilaterally and a 20° lack of end range knee extension on the right.  Patient had palpable tenderness over distal aspects of the semitendinosus and semimembranosus, noted comparable sign with resisted knee flexion. There was palpable tenderness over pes anserine bursa of the proximal tibia and noted swelling in the same area.

After repositioning the patient, she had 5° lack of extension, or 15° improvement, 85 degrees of SLR, the ability to stand and walk on the right knee without pain and significantly increased step and stride length functionally.  Patient was then able to perform functional closed-chain strengthening activities without pain and will now be progressed through a PEC algorithm of treatment integrated with her postoperative protocol.

Though I begin implementing PRI concepts of respecting position, triplanar functional control and utilizing polyarticular muscle chains that affect postoperative care at different times dependent upon the patient, the apt time presented itself to me with this patient at the start of this session.

Attaining neutral position of a pelvis gave functionally “longer” hamstring musculature, taking the strain off of the distal attachment sites of the medial hamstrings, thus decreasing pain, increasing functional end-range extension ROM and immediately allowing me to progress with rehabilitation of her right knee s/p ACLR.  In this case, PRI principles and techniques allowed me to progress a patient s/p ACLR more quickly than with traditional orthopedic rehab methods alone and will improve not only the patient’s recovery from surgery, but her quality of movement and function during and after recovery.  A fun session for both therapist and patient! 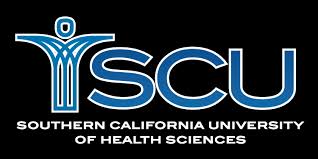 PRI is teaming up with Southern California University of Health Sciences to host Myokinematic Restoration on May 31-Jun 1st in Whittier, CA! Don't miss the opportunity to take this course taught by Ron Hruska later this month. In addition to CE approval for PT's, ATC's, and strength coaches (through the NSCA), this course has also been approved through the California Board of Chiropractic Examiners!

The early registration deadline is TOMORROW, so don't miss this opportunity. Register today online or by calling 888-691-4583!