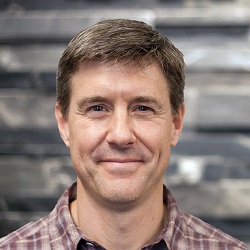 Jason received his Masters of Science in Physical Therapy from Ithaca College in 1999. His initial work in the field was through the state of NY working with adults with developmental disabilities. In 2000 he moved to Missoula, MT and began a 20-year career in the outpatient orthopedic setting.

He has always been fascinated by biomechanics and in 2011 took his first PRI course which was the catalyst for a paradigm shift in his approach to physical medicine. In 2017, he received the designation of Postural Restoration Certified (PRC) as a result of advanced training, extraordinary interest and devotion to the science of postural adaptations, asymmetrical patterns, and the influence of polyarticular chains of muscles on the human body as defined by the Postural Restoration Institute®.

In 2016, he joined the largest orthopedic practice in western MT and later became the therapy department supervisor. He provided numerous in-services and had many discussions with his fellow therapists and AT’s as well as the MD’s and PA’s he worked with. He has never forgotten the challenge of understanding and applying PRI from an orthopedic mindset and is passionate about helping smooth the transition for others.

Jason opened his own practice, J Miller Physical Therapy, in 2020 and has enjoyed the enhanced ability to serve his patients and integrate with strength and conditioning professionals and dentists in the region.