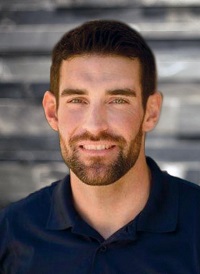 Ben earned his Master’s Degree in Physical Therapy in 2009 and Bachelor’s degree in Kinesiology from California State University, Sacramento in 2007.  He earned his PRC certification from the Postural Restoration Institute in 2014 and currently works as the Major League Physical Therapist for the Arizona Diamondbacks.  Prior to this, he has been a physical therapy/biomechanical consultant to the Arizona Diamondbacks (2012-2015) and Chicago Cubs (2014-2015) and has vast experience treating many MLB, NFL, NBA, NCAA athletes, as well as European Tour golfers.  Ben and his fiancé, Alex currently reside in Chandler, AZ.