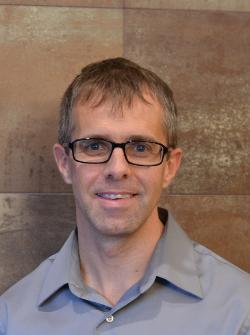 In this episode of the Postural Restoration Podcast I welcome Torin Berge, PT, MPT, PRC who practices at the Hruska Clinic and plays a vital role within the PRIME Program. Growing up Torin spent countless hours in a Pediatric PT setting with his brother who diagnosed with Cerebral Palsy was in and out of therapy frequently. It was during this time that his love for the profession grew. Torin graduated from the University of North Dakota in 1999 with his Masters in Physical Therapy. Torin was also an avid swimmer and swam throughout college and his entire childhood. Although he appreciates the foundation received in schooling he acknowledges that he was introduced to many "whats" but never really received the "whys" behind the symptoms or diagnosis studied.

To start his career Torin provided care across pediatric clinics, and across both outpatient and acute hospital settings, but he quickly realized there had to be something more, a piece still missing. Torin was led to the PRI coursework through the community in Souix City, including Jane Stanley who got him to his first Protonics course. During which he heard someone discussing the relationship between the lower extremities and the cervical spine for the first time. Even though much of the science was still new at the time, Torin knew that there would be more to come, and slowly the "whys" behind all of his questions started being addressed. During these early years of coursework Torin began incorporating the science within his practice, but like many, continued to hit roadblocks along the way. The inability to incorporate PRI into his clinical setting helped him make the decision to look elsewhere.

In 2011, Torin joined the Hruska Clinic in Lincoln, Nebraska and has been growing ever since. Shortly after accepting this position and moving his family, Torin became credentialed as part of the 2012 PRC Class. The timing of Torin's presence here coincided with a time period of tremendous growth within the Integration of PRI concepts. Not only was he surrounded with great colleagues who had been using PRI for decades, but he was now also a part of integrating with Optometrists, Dentists and Podiatrists on a regular basis. PRI Vision underwent its foundational years with his involvement, and the incorporation of dental integration was being explored like never before. These were the early days of integration, "pre-PRIME", and the level of exploration, integration, and evolving treatments, were at an all time high.

As time went on, similar patterns of patient care became apparent. Patients came from international places because no other provider could find the "why" behind their "what" problem. The pieces of these patients' puzzles were not being put together, and even when each piece of dysfunction had been appropriately managed, they still failed to manage the  integration long term. Out of these years, working alongside Ron Hruska and the entire integrative team, the Postural Restoration Institute Multidisciplinary Engagement (PRIME) Program was founded. It too continued to evolve over the years and has remained a focal point of the PRI community when looking for models of integrative care. Today Torin and his team work not only with extremely hard to manage cases, but also with other PRI Providers, to provide guidance, support and treatment for patients and their providers they may already be working with. Through PRIME the pieces of the Podal, Occlusal, Visual and multiple other systems are put together and continuously managed by Torin and his colleagues, "The Integrators".