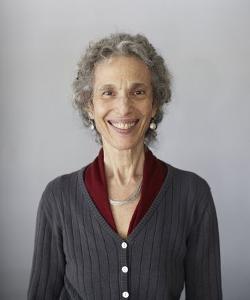 In this episode of the Postural Restoration podcast I start off the year by reflecting on the past with none other than Susan Henning. Susan’s career has led her through various chapters of clinical growth but finding a likeminded thought process and sensory based system like Postural Restoration, remains a highlight of her journey. Susan graduated from NYU in 1986 with a BA in Physical Therapy. She worked in major medical centers first in New York City, later in San Francisco, CA. Her early interest was in neurological rehabilitation. Due to a longstanding interest in dance and movement she began studies in Orthopedic Manual Physical Therapy in the early 90’s. She pursued training in manual physical therapy approaches including Paris, Maitland, Mulligan and Jackson. But perhaps one of her biggest interests lays in the study of sensory awareness. From early on in her career Susan sought after schools of thinking that integrated holistic sensory based concepts and this led her to the work of Charolette Silver. This mindset has remained throughout her career as she has aimed to enrich her patients lives through sense of ones self.

One of her earliest clinical settings was in a SNIF facility where she was introduced to Sangini Rane. Together they remained interested in furthering their education and through this journey were introduced to other like minded individuals such as Kyndall Boyle and Jean Masse through a Maitland certification course. Later on the opportunity would arise for Susan to purchase Advance Physical Therapy in Chapel Hill, NC, from Krista Clark who instructed her Maitland coursework. From its beginning Advance Physical Therapy has strived to incorporate sensory integration with each patient. Today it is recognized for its focus on the treatment and prevention of scoliosis and other spinal dysfunctions. As a PRI center Advance physical therapy and all of its clinicians offer a unique skillset applying PRI within this population.

In 2002 Susan was introduced to the extraordinary work of Ron Hruska, and Postural Restoration. She was immediately drawn to its holistic, biomechanically based concepts and powerful therapeutic techniques. This was the beginning of a major paradigm shift in her way of viewing and treating dysfunction. She was later certified as a Postural Restoration Therapist in 2008. For Susan not only was the science and techniques themselves so powerful, but the family nature of the institute and those who at the time were involved with its growth, provided Susan with the desire to continue to return to PRI courses and learn more. Beginning in 2004 attending the newly offered Advanced Integration course, Susan has not missed this 4-day course since and has now contributed to day 4 “curvature of the spine” for many years. Her early attendance alongside Joe Belding, PT, PRC, was pivotal in the creation of what is now discussed as PRI Anatomy Families by Color. Her dedication and contributions to this course over the years has continued to grow as fellow colleagues Jean Masse and Lisa Mangino continue to present their work together alongside Susan each year.

Susan has continued to pursue the complexities of Postural Restoration rehabilitation. Her fascination with asymmetry, respiration and movement brought about an interest in scoliosis. And in 2013, Susan was certified in Schroth based scoliosis rehabilitation as taught by the Barcelona Scoliosis Physical Therapy School. She is very interested in combining these two tri-planar, asymmetrical and respiratory based methodologies to provide powerful treatment tools for this complex condition.  In 2014, Susan was honored to be invited as a member of SOSORT – The ‘International Society on Scoliosis Orthopaedic and Rehabilitation Treatment‘.  She is one of only a handful of American Physical Therapists with this designation. More recently this led to the opportunity to co-author alongside her colleagues, “Postural Restoration: A Tri-Planar Asymmetrical Framework for Understanding, Assessing, and Treating Scoliosis and Other Spinal Dysfunctions” which was published in “Innovations in Spinal Deformaities and Postural Disorders” in 20217.

Susan remains passionate about the ever evolving science of Postural Restoration and incorporating all of her education, especially Scroth based therapy to it. This has led to the creation of the S.T.R.A.T.E.R Scoliosis Institute, which stands for “Spinal Triplanar Rehabilitation for Asymmetrical Torsion with Exercise & Respiration”. This endeavor is dedicated to the education of physical therapy professionals for the safe and effective treatment of scoliosis incorporating PRI concepts and approved techniques.