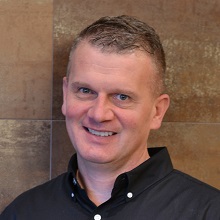 In this episode of the Postural Restoration Podcast I sat down with Jason Masek, MA, PT, ATC, CSCS, PRC who I have been fortunate to know and learn from over the past 20 years. Jason Received his undergraduate degree in Athletic Training at the University of Nebraska Lincoln, and went on to earn his Masters in Kinesiology in Minnesota while working as a graduate assistant Athletic Trainer for the Golden Gopher Football Program. Jason's Athletic Training knowledge between these two programs covered a span of 6 years as he studied under and was mentored by a handful of Hall of Fame Athletic trainers. While at Nebraska he was fortunate to see the program earn two National Championships. Following his Athletic Training years and completing his masters, Jason earned his Physical Therapy degree from what was then know as the Des Moines University Osteopathic Medical Center. This unique schooling offered him further exposure to holistic thinking and treatment approaches during his time there.

Jason was initially introduced to Ron Hruska while working with continuous hip and groin injuries during his time with Nebraska Athletics. While at the same time being introduced to the concepts behind the Protonics "knee brace", the use of repositioning activities and respiratory mechanics including the use of balloons. Jason carried with him some of this prior knowledge of the work Ron was doing to Minnesota, but it was not until his Physical Therapy clinical rotation that he would be able to further see and experience the use of these concepts on a broader scale alongside Ron and his patients. Through this opportunity and continual interest in this approach, following PT school Jason joined the Hruska Clinic shortly after it was established in 1999. In these first years each day was a new learning experience as the earliest form of the science of Postural Restoration was being implemented. Exercise techniques were drawn by hand, new positions were tried and tested and the foundation for the science as we know it today was solidified.

Working alongside Ron for over 20 years has provided them both with immense mentorship, clinical experimentation, and trust for the process as it has continued to evolve. The Hruska Clinic which has continued to grow and influence the ongoing evolution of this science, has always served as a clinical home of PRI as Jason and his colleagues continue their life long learning and integration of multidisciplinary care for their patients. Jason's close connection to Ron and this approach over the last two decades has allowed him and the rest of the Hruska Clinic therapists to be part of and further develop the ongoing research, training, and clinical implementation of the science of Postural Restoration. Jason was part of the first ever Postural Restoration Certified Class of 2004 and alongside several other clinicians helped lay the foundation for this Credential and the 250 plus professionals that have completed the process since then.

Jason has supported the science in many ways throughout the years and has had numerous opportunities to influence others on personal, local, and national scales. He has presented through the National Athletic Training Association, National Strength and Conditioning Association and many other organizations in an effort to introduce the concepts of respiration, neutrality and a multiple systems approach furthering these professions and their integration with other professionals. Jason continues to be passionate for ongoing research while appreciating that the research is many times already there if you are willing to look outside your current framework to find it.