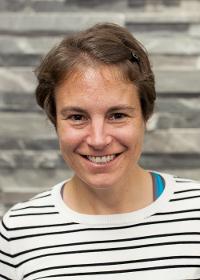 In this episode of the Postural Restoration Podcast I sit down with PRT Jessica Tidswell. Jess is a Physcial Therapist, Athletic Trainer, and Associate Professor for the University of Utah Department of Physical Therapy and Athletic Training. While growing up on the east coast Jess quickly became fond of skiing and spent much of her childhood Ski Racing in Vermont. This led her to Montana State University as part of the Ski Team which further developed her love for the sport. Jess later attended Duke University seeking her degree in Physical Therapy, a few years behind Affiliate Faculty Lisa Mangino. Her residency during PT school would late allow her to return to the sport as she was able to work in Salt Lake City during the 2002 Olympic year.

Following PT school, Jess worked as a Physical Therapist for the U.S. Adaptive Ski Team traveling with them for several seasons. She then returned to Salt Lake City and was finally able to begin working towards her second bachelors degree in Athletic Training. As an Athletic Training student, Jess simultaneously continued working for the U.S. Adaptive Ski Team, and the University of Utah Football team not only as an Athletic Training Student but also through the Sports Medicine and Rehabilitation department as a Physical Therapist. During her time with the Utes, they would go undefeated and end their season beating Alabama in the 2009 Sugar Bowl.

Following her Athletic Training degree Jess worked at the U.S. Ski & Snowboard Center of Excellence as it opened its doors in Park City Utah. Throughout her years working with the Paralympic and U.S. Ski Teams, Jess was introduced to PRI through her friend and colleague Jodi Riml. She recalls the first time she performed a PRI Wall Reach and the explosion of sensory awareness that this and other positional activities allowed her to expand upon. Shortly after she signed up and completed all three Primary Courses online, and attended her first Live course, Impingement & Instability with James Anderson. As her experience and implementation of the science grew, she applied for the PRT credential after discerning that this credential was indeed a better fit in her current performance setting and background in Athletics. Jess became Postural Restoration Trained as part of the 2018 PRT Class.

In her current role as an Assistant Professor, Jess has introduced and incorporated PRI into many of her students curriculum. While overseeing several semesters of Independent Studies with her Athletic Training students Jess has facilitated and guided many of them through the completion of various Primary Course Home Studies, helping her students learn the basic concepts of the Postural Restoration Institute for the first time. Through the completion of this course work online and in preparation of her own remote teaching protocols, Jess has enjoyed experiencing several PRI Live Stream courses and highlights the opportunity to continue to progress through the science of PRI in our current times. Jess looks forward to the semester ahead while preparing her own virtual curriculum and is hopeful to return to the slopes once again this season. Jess remains an active volunteer and continues her work with the US Ski team and International Paralympic Committee between time spent enjoying all of the recreational activity that Utah has to offer.