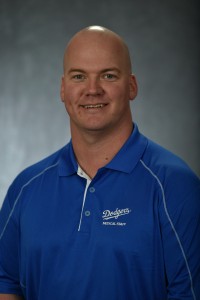 In this Episode of the Postural Restoration Podcast I am joined by PRT, and head Athletic Trainer for the Los Angeles Dodgers, Neil Rampe. From his beginnings in collegiate sports as a Strength Coach, and Athletic Trainer, Neil has continued to grow in his approach by utilizing and learning a vast array of treatment methods and has gained vast amounts of knowledge through the use and integration of numerous techniques. Beyond his training as an Athletic Trainer and Strength Coach he holds a degree in Applied Kinesiology, is a liscensed Massage Therapist through the AMTA and NCBTMB, certified as a Functional Range Release provider, certified Fascial Distortion Model provider, certified Fascial Manipulation provider and has been a certified Active Release Techniques provider.

Throughout the start of his career Neil worked primarily in the collegiate setting working with a variety of sports and athletes at the University of Minnesota, Boulder Center for Sports Medicine, and the University of Arizona. During his time at the U of A, Neil was introduced to like-minded individuals such as Nate Shaw and Ken Crenshaw at the Arizona Diamondbacks, forming relationships over the discussion of sports medicine and the roles each of them play in the management of a holistic approach. These relationships would lead him to a newly created position as the first Manual Performance Therapist on staff as part of the Diamondbacks team.

Being mentored by and spending his first years in professional baseball with the Diamondbacks allowed him to gain a better appreciation for what it means to form and be part of an Integrative Athletic Medicine team and how individual roles contributed to player performance. After 8 invaluable seasons with the Diamondback family, Neil accepted a position as the head Athletic Trainer with the Dodgers. applying what he learned and contributed in Phoenix to this new setting.

Neil was first exposed to PRI through a friend and colleague, Paul Myers, as he attended his first Myokinematic Restoration Course in Chanlder, AZ hosted by Allan Gruver in 2006. Following this first introduction to our science Neil was able to quickly attend several other PRI courses held throughout Arizona and began applying the concepts learned. After attending Advanced Integration in 2010 Neil was intrigued by the PRC application process and was part of the early discussions in the formation of the PRT process and credential. Shortly after Neil became Postural Restoration Trained as part of the second ever PRT class.

His knowledge and understanding in various approaches allows him to apply PRI into and alongside the use of fascial release and several other tools utilized within his performance team. Neil works continuously with each athlete and each member of his staff to provide the most integrative and individualized approach to treatment as possible. His roles include not only player personnel but also performance staff management and the communication between the two, required through all portions of Spring Training, In-Season and Off-Season play. He continues to be both a Mentor and Mentee within the program and plays many roles throughout each season.