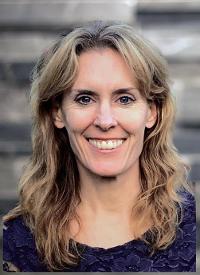 In the 12th Episode of the Postural Restoration Podcast, I am joined by Louise Kelley, DPT, PRC, who currently practices out of Rockville, MD. Louise began her career in movement and science as an avid runner and ran throughout her formidable years and throughout college. It wasn't until rehabbing an injury with an Athletic Trainer that Louise became interested in movement science and Athletic Medicine. Although she was a Pre-Med student at the time she had little interest in becoming an MD and spent many years volunteering and ingraining herself in various sports medicine settings.

She later attended Emory University, where she earned her Masters of Physical Therapy in 1989. Louise enjoyed the Neurological approach to learning that they offered, as well as learning about various methodology such as NDT, PNF, Brunnstrom and a heavy focus on Chest Physical Therapy of all things! Louise has always been a lifelong learner and eventually returned to PT school over two decades later, to earn her Doctorate of Physical Therapy. This allowed Louise not only to earn the most current degree in PT, but also gave her an appreciation for how the practice was currently being taught.

Louise started her career working for the National Rehabilitation Hospital in Washington, D.C., and spent many years with "NRH" in a vast array of settings. Her mentor Jan Dommerholt would eventually ask her to take part in several program developments and her time with NRH lead to time treating many subsets of patients including, Prenatal, Singers, Dancers, time in a Post-Polio outpatient clinic, and Lymphedema among many others. Her first PRI exposure was during a Phil Donnelly course in which PRI was mentioned. After discovering Ron Hruska's article on the "Tri-Planar Influences of the Hamstring", she was hooked.

Her co-worker at the time, Cindy Anderson (who is now a PRC clinician as well), took Myokinematic Restoration and shared her discoveries from the course upon returning to the clinic. Finally Louise attended her first course in 2007 in Lancaster, PA, with James Anderson. Coincedentally, Mike Cantrell was also in attendance and provided a welcome surprise as Louise and Mike were part of the same graduating class at Emory. After being exposed to PRI, Louise incorporated concepts into several new outpatient settings and although she was able to see a wide ranging clientele she was limited in how she was able to use the science.

Louise became Postural Restoration Certified™ in 2011 after attending Advanced Integration and feeling ready to further her PRI journey. Shortly after, Louise became more involved with the Institute through helping Julie Blandin structure and piece together parts of the PRI Integration for Fitness & Movement material. Through this process she was recognized for her dedication and passion for the science and later was asked to become part of the PRI Faculty, teaching Postural Respiration. Eventually, Louise started her own practice, "Kelley PT" in 2017 and has been able to implement PRI with all her patients since. Louise continues to remain active in various running communities and plans to continue to train for the World Masters Championship in 2022.

Listen to the Podcast Here.