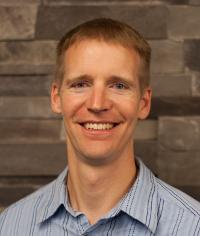 This episode of the Postural Restoration Podcast welcomes Jesse Ham, PT, CMP, PRC who currently teaches both Myokinematic Restoration and Pelvis Restoration Primary Courses. Jesse grew up in a small town in South Dakota and from a young age loved to play basketball. It was in fact while playing the sport that Jesse was first introduced to the field of Physical Therapy while rehabbing an injury. This first exposure to Sports Medicine led Jesse to eventually consider the profession for his own career. He would go on to attend and graduate from the University of South Dakota in 2004 with a Master of Science in Physical Therapy.

Following graduation Jesse started his clinical journey at Black Hills Orthopedic and Spine Center. Jesse credits his first clinical setting with the abundance of knowledge gained and a better appreciation for corporate outpatient orthopedics. Although he loved being a part of this team Jesse soon realized that his treatment approach with many of his patients did not allow him to spend enough time with them one on one. Jesse was eventually asked to join the Team at About You Physical Therapy and quickly partnered with his longtime mentor Laura Bonsness. Since joining About You PT in 2013 they have grown into two locations and staff 9 Physical Therapists.

Jesse was first exposed to PRI in 2006 in Yankton, SD. From his first course to receiving his PRC certification in 2012 he attended many courses which were hosted by both Black Hills Orthopedic and About You Physical Therapy, and he is excited to continue to host PRI courses in their brand-new office space. Jesse discusses what the PRC Credentialing process meant to him as well as his desire to challenge himself to continuously learn new approaches and techniques through this institute and others.

Upon joining the PRI Faculty in 2013, Jesse was asked to prepare to teach Pelvis Restoration. Although initially intimidated by the opportunity, he was ready to take on the challenge of learning the material on a greater level. Through the mentorship of many PRI Faculty and fellow Pelvis instructors Lori Thomsen and Jen Poulin, he would eventually teach his first solo course. Jesse enjoys learning and guiding fellow students along their PRI journey and never forgets what it was like to be in their shoes as a new course attendee.

Jesse and his wife Carrie have four daughters and love spending time together as a family as much as possible. Many of you followed along with his daughter Jenna throughout her battle with Leukemia, and Jesse along with his whole family are humbled and forever appreciative of all the well wishes from #prination along the way. Jenna is now cancer free and the whole family looks forward to the return of their normal life together!

Listen to the Podcast Here