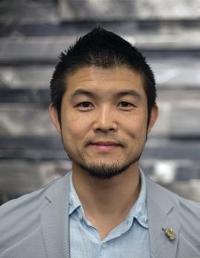 In this episode of the Postural Restoration Podcast I welcomed Takashi Onuki MS, ATC, CSCS, PES, PRT who not only teaches alongside Kenny Ishii and Sayuri Abe-Hiraishi as a PRI Japan Faculty member but also acts as PRI Japan’s Education Coordinator. Takashi grew up loving the sport of Baseball and not only played but later became involved with the sport as an Athletic Trainer in the MLB. Takashi first recognized his interest in biomechanics and sports medicine as a player dealing with his own injury. The desire to remain in the industry led Takashi to move to the United States to continue his education. First learning English as a second language, then a Bachelors of Science from Towson University and his Masters in Applied Physiology and Kinesiology at the University of Florida.

Takashi spent a season with the Texas Rangers for his first internship and later was hired by the Medical Center of Arlington as the head Athletic Trainer for the Fort Worth Flyers. Takashi has also spent time in other various clinical settings and in 2012 joined the Arizona Diamondbacks as a minor league Athletic Trainer before returning to live in Japan.

Takashi was introduced to PRI by Kenny Ishii, and quickly became passionate about respiration and positional integration from an injury prevention mindset. Shortly after returning home to Japan, Takashi worked towards earning his PRT Credential and earned this designation as part of the Class of 2016. He has since joined the PRI Japan Staff and also teaches several PRI courses there throughout the year. His interest in breathing mechanics and injury prevention strategies for the general population and athletes alike, have led him to author several books on these foundational concepts in an effort to introduce PRI concepts in Japan.