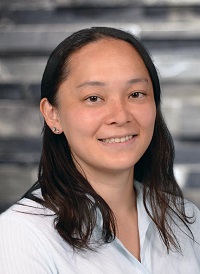 In the Eighth Episode of the Postural Restoration Podcast I sat down with Sayuri Abe-Hiraishi, MS, ATC, CSCS, PRT  to discuss her involvement in the history and foundation of PRI Japan. Sy grew up in Tokyo and early on in her education had a desire to work within the field of Athletic Medicine. This would eventually lead her to the United States to pursue a degree in Athletic Training. During her education here Sy attended Texas State University, The University of Florida and eventually returned to Texas in Corpus Christi to further her career in Athletic Training. While working with various athletics and fulfilling roles as and education coordinator and full time faculty for the university, Sy was told about the science of PRI from Kenny Ishii who she had met years prior while pursuing her undergraduate studies at Texas State. Eventually Sy along with her now husband Keitaro Abe, who is currently the only PRC in Japan, enrolled in the Myokinematic Restoration Home Study. She quickly began her PRI journey and completed the following two Primary Course home studies. Sy became a Postural Restoration Trained provider in 2014 and shortly after was part of the initial conversations to formally offer PRI coursework in Japan. Since returning to Japan Sy has become highly involved with various projects including the foundation of Teikyo Universities first Athletic Performance clinic which recently became a PRI Center. She also works with PRT Takuto Kondo offering online resources relating to various health topics through a venture called “AZcares”. Sy has helped translate and offer all three Primary Courses alongside Kenny throughout the growth of PRI Japan, and is excited to be a speaker for the Second Annual PRI Japan Symposium next spring.