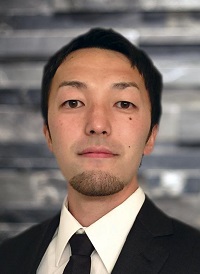 In the Seventh Episode of the Postural Restoration Podcast I am joined by Kentaro Ishii, MS, ATC/L, PES, CES, CSCS, PRT (Kenny) from Tokyo, Japan. Kenny grew up in Mishima, Japan and after attending school there moved to the United States to pursue further education in Athletic Training at Texas Christian University (TCU). While there Kenny gained his Bachelors of Science in Athletic Training and later went on to achieve his Masters of Science in Exercise Science through California University of Pennsylvania. Kenny has a wide ranging background in sports medicine including time with the Fort Worth Flyers, Dallas Cowboys, Kansas City Wizards (Sporting KC) and various other settings. While working with Sporting KC initially as an assistant Athletic Trainer and later as the head Athletic Trainer and Rehab Coordinator, Kenny was introduced to PRI techniques through the players there who were already utilizing these concepts. After completing his first Myokinematic course and being able to implement the techniques further with his athletes, the clinical success drove Kenny to become more interested in the science as a whole. Kenny received his PRT Credential in 2012 as part of the first ever PRT Class. Shortly after, as the demand for PRI grew in Japan, Kenny along with Sayuri Abe-Hiraishi, (Sy) joined the PRI Faculty and worked to translate Myokinematic Restoration to Japanese, offering it in Japan for the first time in 2015. He has since worked alongside Sy and Takashi to translate Postural Respiration and Pelvis Restoration and is currently working on the translation of Impingement & Instability and several of the PRI Manual and Non-Manual Technique programs. Over the last several years PRI Japan has quickly evolved to offer numerous courses throughout the year and last Spring offered their first ever PRI Japan Symposium. Kenny currently resides in his hometown of Mishima and Practices through several avenues including the U.S. Men’s National Team, Teikyo University, and other private consultation and personal endeavors.