Complete Symmetry is a Myth 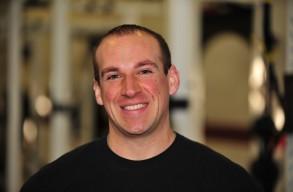 “It’s been the best money I’ve ever spent on continuing education.”

CLICK HERE to read “What I learned in 2010” by Eric Cressey, CSCS.  Eric’s discussion of asymmetry learned from attending both Myokinematic Restoration and Postural Respiration has been featured by TNATION. Eric is president and co-founder of Cressey Performance near Boston, MA.  A highly sought-after coach for healthy and injured athletes alike, Eric has helped athletes at all levels – from youth sports to the professional and Olympic ranks – achieve their highest levels of performance in a variety of sports.  Behind Eric’s expertise, Cressey Performance has rapidly established itself as a go-to high performance facility among Boston athletes – and those that come from across the country and abroad to experience CP’s cutting-edge methods.  Eric is perhaps best known for his extensive work with baseball players, with more than four dozen professional players traveling to Massachusetts to train with him each off-season.

An accomplished author, Cressey has authored over 200 published articles in all.  Eric has published five books and co-created four DVD sets that have been sold in over 50 countries around the world.  Eric has been an invited guest speaker in five countries and more than one dozen U.S. states. His Master’s thesis, “The effects of 10 weeks of lower-body unstable surface training on markers of athletic performance,” was published in the Journal of Strength and Conditioning Research, and Cressey was a co-author for the International Youth Conditioning Association’s High School Strength and Conditioning Certification.