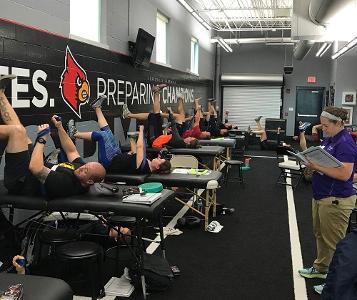 The University of Louisville Athletic Center has an energy that just motivates you to want to perform. Home of the Cardinal's, the athletic staff including Teena Murray, Sean Smith, Chris Hays and the rest of the U of L athletics staff hosted Postural Respiration last weekend. Many thanks for the Louisville staff for hosting PRI. This was a group that was heavily weighted with strength and conditioning professionals not only from Louisville but from nearby training facilities as well. There were several DPT's and PT's that work in a hospital setting or private practice. Sarah Martin, DPT, PhD was lab assistant and was critical in making this weekend a success. One of the participants, Molly Binetti, works with Louisville Women's Volleyball and Superior T-4 Syndrome was a critical topic for her athletes as well as for Josh Kesel who is a strength coach for his pitching and performance practice for baseball pitchers. TOS, or thoracic outlet syndrome, was discussed regarding high performance athletes who compensate with scalenes and are prone to Superior T-4 Syndrome. One of the demonstrations of the manual Superior T-4 technique, to determine if Superior T-4 Syndrome exists, was performed for the group to see if a left apical chest wall deficit as opposed to the right existed. Left apical expansion was limited and a Right Subclavius Myosseous Restorative Technique to restore normal BC chamber function was provided with all PRI tests becoming neutral after this technique was provided. This individual in lab could have not been a better subject and it is always a welcomed outcome for the instructor! Even though this was a Postural Respiration course, PEC issues were discussed in detail for performance athletes and Mike Cantrell's article on Inferior T-8 syndrome is a must read for everyone. There are always PEC's who love extension for performance and one of the attendees benefited from a two person Infraclavicular Pump performed by Sarah Martin and me. 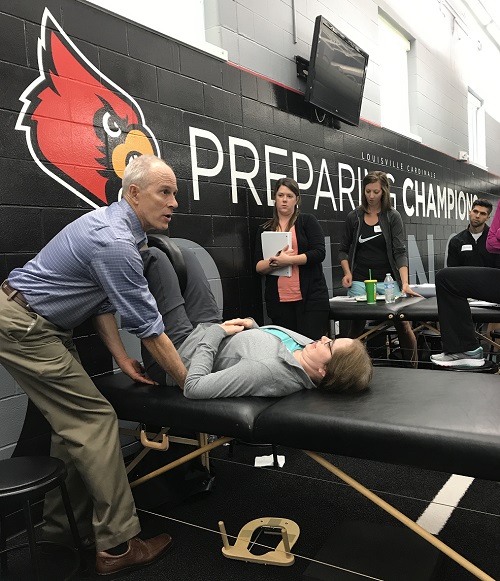 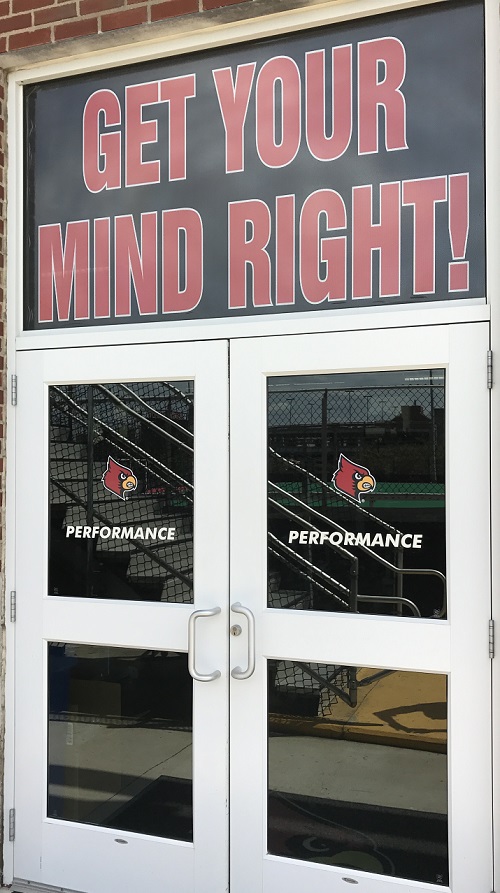 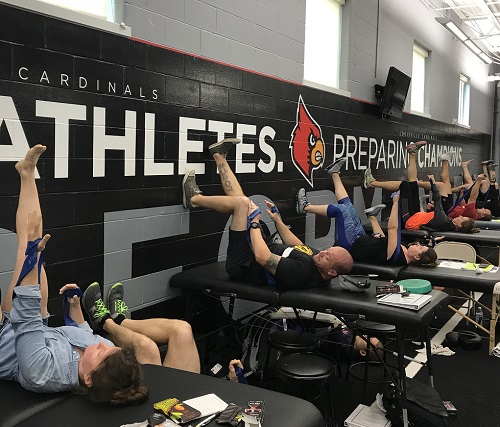