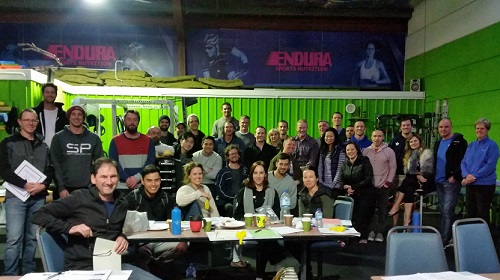 Australia never ceases to fail us!  The Postural Respiration class had originally less than 20 enrolled as we began Myokinematics a week ago, but the Aussies rallied and swelled the class to more than 30 by the time we started just this past weekend!  On the Australian seal is the Kangaroo and the Emu; there because they never back up.  Always moving forward like the science of PRI the Aussies showed a profound interest in this "flagship" PRI course.  The labs were excellent with the help of my host Jason Thomson, the owner of Impact Health Studio. He and his wife Emma decided to take on the challenge of hosting both the Myokinematics and Postural Respiration courses thus bringing PRI to Australia for the first time ever!   Watch as Australia explodes with knowledge bombs and the land down under will become a hot bed of PRI!!   Thanks Jason and Emma! 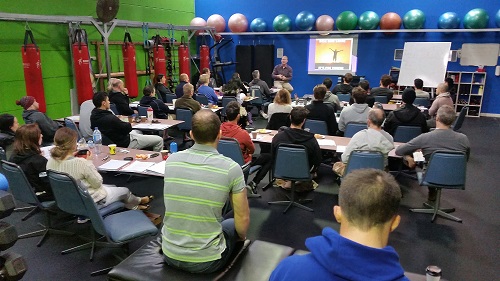 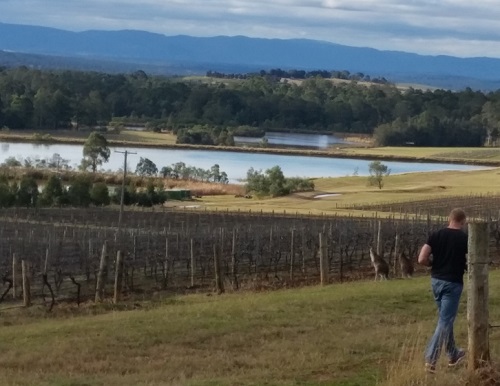 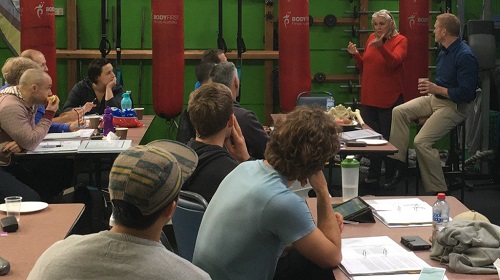