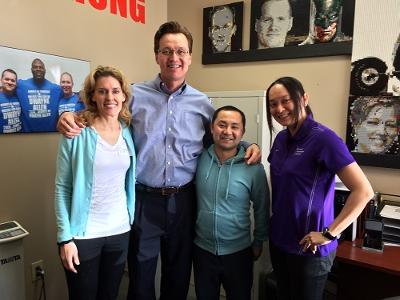 Bill Hartman, Mike Robertson and the IFAST Family were fantastic hosts once again as PRI rolled back into Indy for our flagship course, Postural Respiration. Having worked together with Bill and the many professionals he has mentored and influenced over the years, I feel a certain kinship with the entire IFAST organization. In spite of all those great associations, I personally had not ever been to their facility or had the chance to rub shoulders with them on their home turf. This weekend gave me that opportunity and it did not disappoint.

We hit the ground running talking about the significance of internal rotation in so many different parts of the human body, including and especially the rib cage. This rib internal rotation is a primary driver for the properly positioned internal rotation we seek at the ilia, the femurs, the scapulas, the humeri and of course, the temporal bones. It was so great to have an IFAST performance partner, Dr. David Smith, DDS sitting on the front row right next to Bill Hartman learning how temporomandibular and cervicocranial function is influenced by ribs that internally rotate. Dave, you are a gentleman and a scholar, and our course was better because you took the time to be there. Thank you.

We talked about how respiration and movement of the ribs influences the autonomic nervous system and made a teaching tool out of an incredible yet true story of a grizzly bear attack that happened last fall in NW Montana. Thank you Grandma for teaching a listening Grandson that punching that grizzly bear in the back of the throat was his best option for survival. So now when we think about ribs that do not move into internal rotation, we can think about that scary moment in time when a Montana hunter had to punch a grizzly bear in the back of the throat! #sympathetic #backofthethroat

And with some help from my lab assistants, Louise Kelley, DPT, PRC, and Sayuri Abe-Hiraishi MS, ATC, LAT, CSCS, NASM-PES, CES, PRT we were able to explain and illustrate the frontal plane and transverse plane differences of the lower trap on the right vs the lower trap on the left. We reviewed the lower trap’s ability to work together with the internal obliques and the hamstrings to control thoracic position in the sagittal plane. We were also able to break down the many important thorax performance functions of the good old Serratus “Magnus”. We talked about its action on compensatory neck tone, its ability to translate a rib cage posteriorly, translate a rib cage laterally, and activate the abdominal wall in the frontal plane contralaterally and in the sagittal and transverse plane ipsilaterally. All in all, we came to the conclusion that the Serratus Anterior does more to drive human performance than meets the eye. 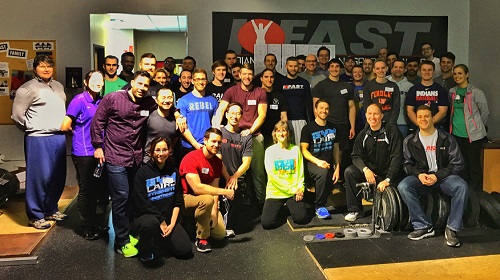