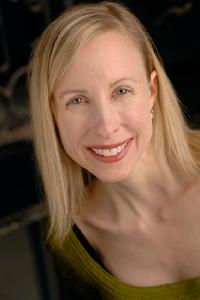 In a phone conversation with Valerie Dejean discussing her Interdisciplinary Integration Symposium presentation, she asked us if we do any sort of entertainment as part of the symposium. Ron and I of course listened intently as she shared with us the story of her friend, Rhonda Musak, an actress and acting coach, who was preparing to debut her autobiographical, self-written solo show, “Rhonda Badonda: The Adventures of a Girl with a Pain in Her Brain.” We are so excited to bring Rhonda from NYC to Lincoln to present her solo show at this year’s symposium. Her personal journey will tie directly into this year’s topic, and we couldn’t have found a better fit for an entertaining piece at this year’s symposium!

Rhonda Musak is an actress and acting coach in New York City. She recently had the pleasure of performing in Vancouver, BC as she launched the world premiere of her self-written solo show, Rhonda Badonda: The Adventures of a Girl with a Pain in Her Brain, at the Vancouver Fringe Festival, followed-up by a sold-out run in NYC at the United Solo Theatre Festival. Rhonda has appeared in numerous New York City productions including the title role of Ondine – which was produced by her company, Deep Water Productions. Other favorites include: The Good Person of Setzuan, Measure for Measure and The Marriage Proposal. Rhonda has toured nationally and has performed regionally. She is a graduate of the National Shakespeare Conservatory. As an acting coach, Rhonda blends powerful acting techniques together with transformational Ericksonian solution focused life coaching at her acting studio: Art & Soul Acting – www.artandsoulacting.com.

Rhonda Musak brings a world premiered funny and moving piece that takes the audience on a triumphant, auto-biographical journey through the trials and tribulations of being different, and ultimately to self-discovery and healing:
“She squeaks by with a pile of self-help books and coaches in every corner.  Is she dumb?  Why can’t she function normally in the world?  When a mysterious pain dismantles her coping strategies, Rhonda Badonda embarks on a journey that leads her to the Paris Opera, Mozart, and the ultimate face-off…with her brain.” 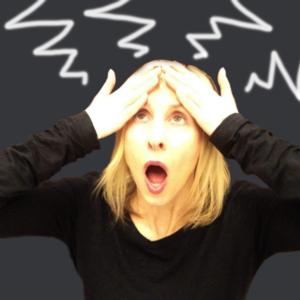