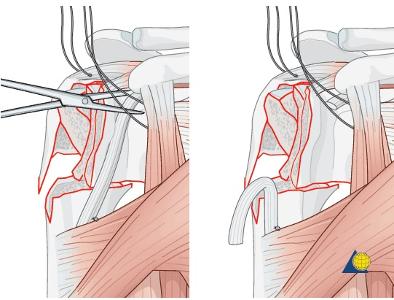 To summarize part I for those who didn’t see it, I treated a gentleman with biceps tendinosis giving my best efforts to treat within the realm of what the patient and his physician expected.  He was pleased, reported 90% improvement and had met all but one of his functional goals—and I wasn’t content.  I wasn’t content because I hadn’t been bold/confident enough to risk the referral source by advocating for the patient like I had wanted to.  When things had a hitch, I had broached the subject of asymmetry several times, with a discussion of thorax and diaphragm position combined with respiration being key to arthrokinematics and myokinematics of the affected left shoulder briefly.  But the feedback each time was something of the “dang kids and their wide-eyed plans.”  So, I deferred to the ‘gold standard’ treatment of the day for said diagnosis outlined briefly in part I of this story with some PRI principles intertwined the best I could without the patient’s objection.

Three months later, Don arrived for this second round of PT with a diagnosis of left shoulder s/p arthroscopic subacromial decompression with a distal clavicle resection and biceps tenotomy.  His orders were specific to “ROM and strengthening” and he had a firm grip on what he wished to achieve per his physician’s orders.  Though I mentioned that, after the first couple of weeks, it would be wise to treat the cause rather than the symptoms of his left shoulder problem, he only agreed we’d reassess after a few weeks.

I saw him once a week for three weeks and he attained full ROM, felt wondersplendiferous (there is a small reward for whoever first tweets the three root words for this nonsensical term) and he was touting my praises loudly when he arrived at the fourth visit.  No pain, full motion, strong, highly functional at home and with hobbies.

Most of you reading this have been there.  We pray this patient maintains this status and we don’t want to be the bad-news “physical torturist” because sometimes they are functional for a long time this way.  Knowing his reluctance to work outside the realm of he and his surgeon’s normal, I stood down.  He had met all of his goals, he did have functional strength, motion and his goals were met.  I simply reminded him that I had done very little, that there was likely still a root cause of this now-recurring left shoulder dysfunction, not to feel hopeless if it did ever recur, wished him my best and discharged him—physician and patient goals met.

I’m interested in your feedback, stories, predictions for part III, anything you'd like to add to this little story so far.  Again, this is outlining a classic case where the road less traveled is a bit risky, and in this case I took the easy way out with some objective data to support my decision.