I have also attached a video clip that Jason used in his power point presentation which demonstrates the effect that rib position and respiration have on shoulder function.

This past weekend PRI had a booth at the Perform Better Summit in Chicago, IL. PRC Michael Mullin had a hands-on and lecture presentation during the Summit, which brought together 800 trainers, coaches and therapists from across the country. I had the opportunity to sit in on both of Michael’s great presentations, which were titled ” Principles of Postural Restoration for the Sports Clinician.” I had the chance to talk with many professionals who have heard about PRI through various blogs and websites, and I also met quite a few people who have already taken our courses! 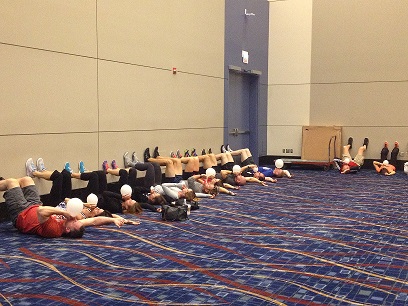 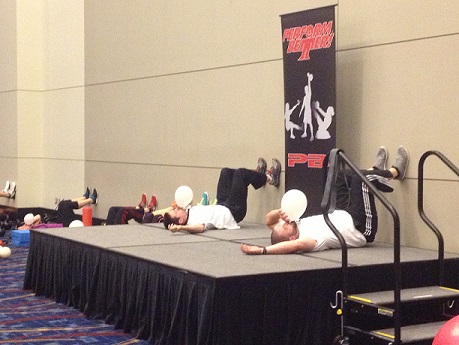 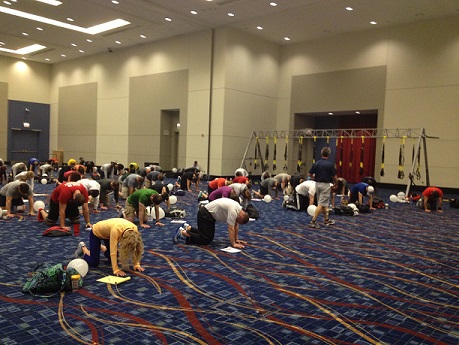 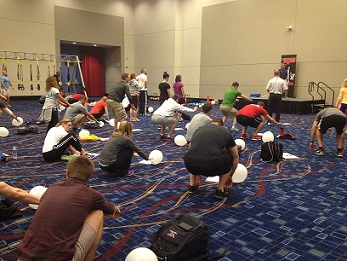 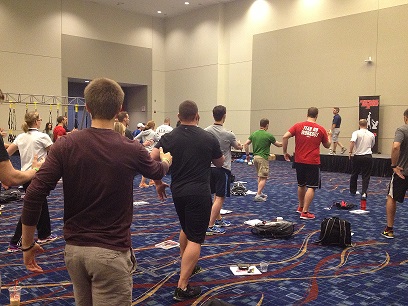 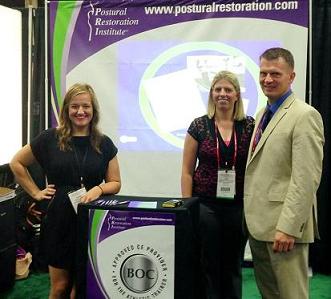 Did anyone hear Jason Masek speak at the NATA convention?  Tell us about it! 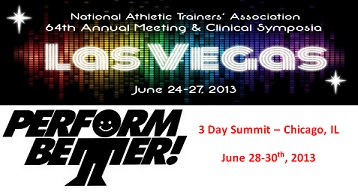 It’s a busy week of traveling for PRI! If you are attending the NATA Annual Meeting and Clinical Symposia in Las Vegas on June 25-27th, be sure to stop by and visit Jen and Paige at the PRI booth in the AT Expo! PRC therapist Jason Masek will also be presenting a Special Topic on Thursday morning titled “Breathing’s Influence on Upper-Quarter Dysfunction.”

Paige will then fly to Chicago for the Perform Better Summit being held June 28-30th at the Hyatt Regency McCormick Place. If you are attending this event, be sure to visit Paige at the PRI booth, and also check out PRC therapist Michael Mullin’s lecture and hands-on workshops titled “Principles of Postural Restoration for the Sports Clinician.”

Julie Blandin, PT, ATC, CSCS, PRC recently completed an Introduction to Postural Restoration® webinar presentation which is currently featured on Sportsrehabexpert.com and Strengthcoach.com. The presentation is titled “Bridging the Gap for the PRI Science into the Fitness and Sports Industry.”

If you are interested in Postural Restoration® and applying it into the sports rehab, performance and fitness environment, be sure to listen to Julie’s webinar. You can also access the power point handouts HERE!

Jason Masek, PT, ATC, CSCS, PRC will be presenting at the 64th NATA Annual Meeting & Clinical Symposia in Las Vegas, NV on June 27th. Jason’s special topic presentation is titled “Breathing’s Influence on Upper Quarter Dysfunction”. If you are are an Athletic Trainer, and are planning to attend the Annual Meeting in Las Vegas, be sure to pre-register for Jason’s special topic presentation!

In addition, both Paige and myself will be in attendance at the AT Expo with a Postural Restoration Institute Exhibit Booth. If you are attending, be sure to stop by and see us to learn more about PRI, and receive special offers and course discounts! 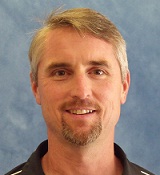 Michael Mullin, ATC, PTA, PRC will be presenting at the Perform Better Functional Training Summit in Chicago, IL on June 30th. Michael will have two sessions (lecture and hands-on) titled “Principles of Postural Restoration for the Sports Clinician”. If you are planning to attend, you can view the full schedule and list of presenters & topics HERE!

In addition, Paige will also be present at the Summit, so be sure to stop by the PRI booth to learn more about Postural Restoration, meet Michael Mullin, and receive special offers!

We compiled a video highlighting “PRI Integration of Power and Strengthening Concepts with Modern Day Equipment, Philosophies and Techniques” and are excited to share it with you.  These techniques are currently being carried out by Mike Arthur, Director of Strength & Conditioning at the University of Nebraska-Lincoln.  Mike was one of our featured speakers at our annual Interdisciplinary Integration symposium.

Be sure to check out this month’s featured interview with Kevin Neeld! Kevin is the President, COO, and Director of Athletic Development at Endeavor Sports Performance in Pitman, NJ. Since becoming introduced to the science of Postural Restoration® in 2010, he has completed several courses, and earned the designation of Postural Restoration Trained (PRT) in January, 2013. Kevin is a former collegiate hockey player, and continues to have a strong passion for working with hockey players. He is the author of Ultimate Hockey Training, a comprehensive resource on long-term player development and year-round off-ice training methods. Recently, Kevin has joined the US Women’s National Hockey Team as a Strength and Conditioning Coach, and has been an invited guest to NHL training camps to assist in the testing and training of the players. 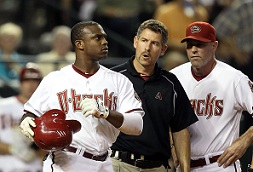 This week’s featured speaker for our 5th Annual Interdisciplinary Integration Symposium is Ken Crenshaw. A native of New Mexico, Crenshaw graduated from New Mexico State University with a degree in sports medicine and worked as an athletic trainer in the Pittsburgh Pirates organization for three years and as the strength and conditioning coordinator with the Atlanta Braves for four years before heading to Tampa Bay for 10 years. In December 2005, Crenshaw was named the Head Athletic Trainer for the Arizona Diamondbacks. He is a certified member of the National Athletic Trainers Association and the National Strength and Conditioning Association.

“After meeting Ken Crenshaw in 2008, at an educational course that I presented to his staff, he sent me an article written by Pavel Kolar, a mentor of his and mine. Since that time, he has sent me several articles and emails on everything from the diaphragm to neurology as it relates to stabilization and integrating function. He has so much experience and wisdom. What were we thinking when we scheduled him to speak for only 2 hours?” - Ron Hruska

For more information and to register for this upcoming Annual Symposium, in which this year’s featured topic is Athletic Performance, CLICK HERE!