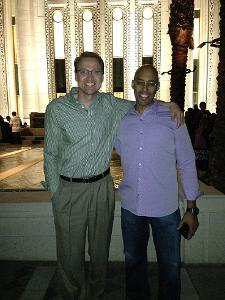 Phoenix, AZ (Postural Respiration) - "What a memorable weekend in Chandler, Arizona with a super group of professionals and a lot of respiration and neurology. MLB trainers and strength staff from the New York Yankees, Chicago Cubs and St. Louis Cardinals organizations complimented an outstanding group of physical therapists and rehab professionals for a super weekend of learning. Of particular interest were three student physical therapists in attendance who are way ahead of their time, in terms of progressive thinking on advanced topics. Thank you Joe, Pete and Matt for your passion and drive to understand performance of the human body. You guys inspire me and give me hope for the leadership that will be required for the next generation of physical therapists. And a big thank you to Riesal Mikael, for traveling to America all the way from Singapore to study PRI!  We are grateful you would seek out the science of Postural Restoration and felt a connection with you in terms of the way you think about human movement and performance.  Can't wait to see you again in Vegas next month!  And lastly, thank you to my new friend Orlando Crance, from Puerto Rico, I mean the Dominican Republic (inside joke) for joining me for such a neat evening out to dinner and to tour the Gilbert, Arizona temple open house on Saturday evening. Professional connections like that make all the craziness of a busy travel schedule more than worth it. I look forward to staying in touch and learning more from you. This weekend was so much fun it didn't even seem like work! - James Anderson

St. Louis, MO (Pelvis Restoration) - St. Louis was rockin’ PRI this past weekend. We had a full course with strength and conditioning coaches, PT’s, PTA’s, Athletic Trainers, and a MD. Integrating professionals and integrating respiratory and pelvic diaphragms. I feel the class appreciated how stance and swing phase positions influences the ability for these diaphragms to ascend or descend. Ironically, as we know in PRI, these positions are not occurring at the same time during gait. Therefore, left stance and right swing phase positions influence left and right respiratory and pelvic diaphragm position. They got it! - Lori Thomsen 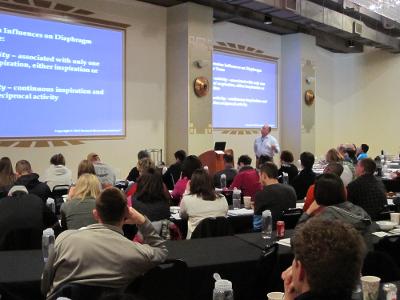 Don't miss out on our 6th Annual Interdisciplinary Integration Symposium, which will bring together six highly regarded professionals to share their expertise on the subject of Gas & Gravity!

The Symposium will be in Lincoln, NE on April 10-11th, and registration is available online. Don't miss out, Register Now to secure your seat! 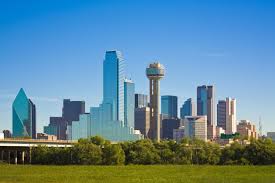 Don't miss out on Myokinematic Restoration in Coppell, TX on February 8-9th with Jen Poulin! Coppell is a suburb just Northwest of Dallas. The Early Registration deadline in THIS Friday, January 10th so hurry and register today. Only a few more registrations are needed to confirm this introductory course!

Online registration is now up and running for all PRI Affiliate Courses, including the new PRI Integration for Yoga and PRI Integration for Baseball courses. You can also register online for the PRI Vision Courses being offered in 2014. To view the full 2014 calendar of PRI Courses, CLICK HERE! 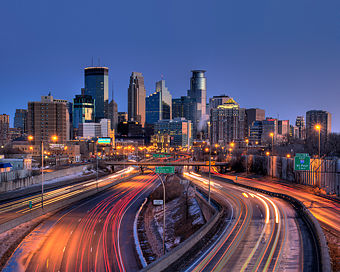 We have added an additional Impingement & Instability course to the 2014 schedule in Woodbury, Minnesota. The course is scheduled for March 29-30th. CLICK HERE to register. We anticipate this course will fill quickly, so be sure to get your seat reserved soon!

For those traveling to Lincoln this week for the annual Advanced Integration course, I would recommend packing layers of clothing as the forecast looks like a cold one! 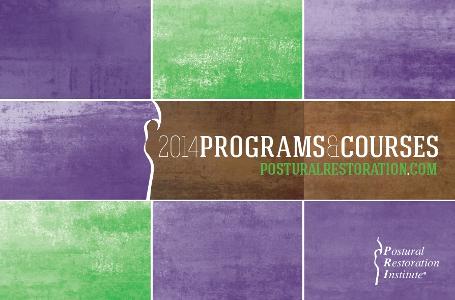 The 2014 PRI Programs & Courses Brochure is finished. CLICK HERE to view a digital copy! The brochures will also be mailed out in the next two weeks. Also inlcuded in this year's brochure are the PRI Affiliate Courses and PRI Vision Courses. 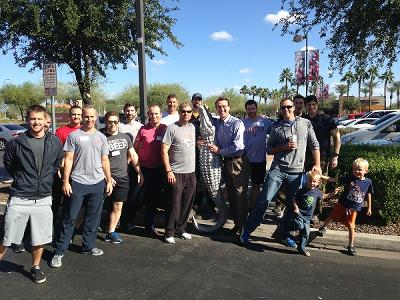 I spent the weekend in Phoenix, Arizona for Impingement and Instability, and as expected, the room was full of expert clinicians and expert performance professionals who also turned out to be a lot of fun. Nate from the Arizona Diamondbacks had my number before I even got off the plane because he had seen my home study Myokinematic Restoration course and had some feelings about the “Going Gainesville” story I used in the video. Turns out, he attended the University of Florida and is a first class Gator-lover.  After taking a jab at my alma mater, UNLV, and then realizing that I was just as fun as he is, he gave me a wink and asked if I would join him for a picture with his 7½ foot Alligator he just happened to have in his truck.  We all decided to give a nod to the U of F and abduct our right hips with our right ab wall and right vastus lateralis for the picture, (even Allen Gruver’s sons can Go Gainesville!).

Our discussion of Reference Center Integration for this course started in the posterior mediastinum with a picture of the thoracic sympathetic ganglia and a demonstration to help us appreciate the problem with the flat thoracic spine and hyperextension postures.  It became clear that neurology starts and stops in the posterior mediastinum with thoracic flexion and symmetrical patterns of breathing.  I even taught Lance, a student physical therapist a new pick up line for all of his potential girlfriends with a flat thoracic spine/superior T4 syndrome.  If the autonomics are overactive toward the sympathetic side of performance, you’ve gotta tell her, “baby, your ganglia are hot!”  Someone’s gotta tell her why she’s so extended.

James Anderson
Posted November 22, 2013 at 7:43PM
Categories: Courses
0 Comments
Weekend in Review - From the East Coast to the West Coast

Wellsboro, PA (Myokinematic Restoration) - I had a great weekend teaching a Myokinematics of the Hip and Pelvis in Wellsboro, PA.  Wellsboro is a quaint little town home to the Grand Canyon!  Who knew? The majority of the group of PT’s, ATC’s and massage therapists were all taking their first PRI course. It never gets old watching new clinicians switch gears from an orthopedic mindset to the power of Respiration and Neurology. I often find a few clinicians that become “My Key Muscles” for the course. Here I am flanked by two good sports, Dan the Man Right Glut Max on my right and Eyebrows Eric was my Left Glut Medius. I just love teaching this course for the Postural Restoration Institute. I look forward to taking a break from a busy fall schedule to spend time with my family and enjoy the holiday season! Thanks to all my students in 2013 for sharing their insights and laughing at my not always funny jokes! Peace.- Jen Poulin 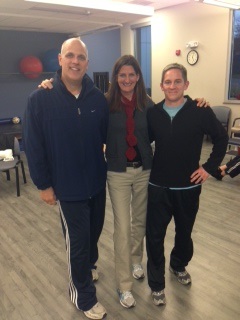 Salem, OR (Cervical-Cranio-Mandibular Restoration) - "This TMCC course was enhanced not only by the forward thinking, well-prepared attendees, but by a cranio-mandibular dentist who contributed greatly. What a great opportunity for future course attendees....find a local dentist to work with and get them to come to the course with you. Salem Health is a great host site! This course will continue to evolve in the future and bridge thoracic-pelvic treatment to cranio function and OA position, as a result of experiences that I had at Salem and will have at other future presentations." - Ron Hruska 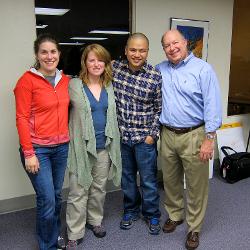 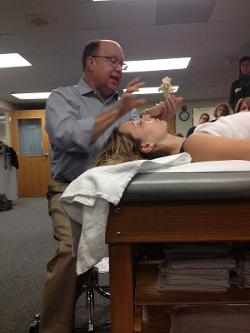