Unlocking the Secrets of the Pelvis: Part 3 & 4

Here is Part 3 and Part 4 of "Unlocking the Secrets of the Pelvis" published in Dynamic Chiropractic by Robert Skip George, D.C., CCSP, CSCS. Enjoy! 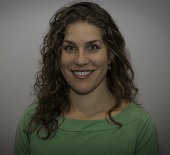 Emily Soiney, PT, DPT, CST, RYT, PRC recently had an article "Taking Yoga to the Next Level - Postural Restortion-Inspired Yoga for the Athlete: The Sagittal Plane" published in the Performance Conditioning newsletter. This article is the first of a series of articles that will be published by Emily in the Performance Conditioning newsletter. If you are interested in how Emily integrates Postural Restoration™ with Yoga, be sure to check out this great article!

Emily will also be teaching the first PRI Integration for Yoga affiliate course in Portland, OR on September 13-14, 2014. To register for the two day course, CLICK HERE! 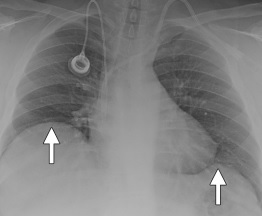 I have received a few excellent journal articles recently discussing the diaphragm! If you are interested in reading more about the anatomy of the diaphragm, and the role of the diaphram (more than just respiration), then be sure to check out these new references. They have been added to the PRI Library, as well as the reference list for the Postural Respiration course. And, the best news of all is that they are all available as Free PDF's online (see links below). Enjoy!

Anatomic Connections of the Diaphram: Influence of Respiration on the Body System (Journal of Multidisciplinary Healthcare)

Imaging of the Diaphragm: Anatomy and Function (RadioGraphics) 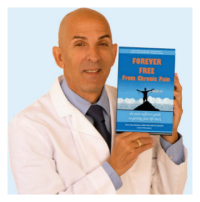 Brian Rothbart, DPM, PhD, DN recently emailed me his most recent publication titled "Prescriptive Proprioceptive Insoles and Dental Orthotics Change the Frontal Plane Position of the Atlas (C1), Mastoid, Malar, Temporal, and Sphenoid Bones: A Preliminary Study". This article will surely be enjoyed by PRI enthusiasts across the country!

This article has been added to the PRI library, as well as the reference list for the Impingement & Instability and Cervical-Cranio-Mandibular Restoration courses. The results of this study do support that changes in frontal plane position of the cranial and atlas bones can occur when using proprioceptive insoles and/or dental orthotics.

PRC therapist Oliver Hall recently emailed me this great article, Right thoracic curvature in the normal spine. This article has been added to the PRI library and also the reference list for the Advanced Integration course, where nearly a full day is spent discussing curvature of the spine.

As a doctor of chiropractic, PRI has added a new dimension to my practice that is making a huge difference with patient outcomes and my professional satisfaction.  Here are links to my first two articles in Dynamic Chiropractic on "Unlocking the Secrets of the Pelvis".Part 1 , "Unlocking the Secrets of the Pelvis" Part 2 and  "Breathe Well and Breath Often" Part 3 which refers to "Big D", the Zone of Apposition and Blowing up a Balloon. PRI is an essential tool for your treatment toolbox!

PRC therapist Jason Masek came across a great article last week, "The Effect of Pelvic Tilt on Radiographic Markers of Acetabular Coverage", published in the American Journal of Sports Medicine in August 2013. This article discusses the importance of considering pelvic alignment when reading radiographs of the pelvis and hip. According to the article, "it is reported that small changes of pelvic inclination are capable of altering the radiographic appearance of acetabular retroversion and could result in misguided surgical decompression."

In conclusion, "the present study illustrates that alternations in pelvic tilt are capable of significantly influencing numerous measures of acetabular coverage and may affect surgical decision making. Clinically. these data underscore the imporatnce of recognizing that a variation in pelvic alignment will influence the interpretation of anteroposterior pelvic radiographs in the setting of young adult hip disorders. However, these data, combined with the known variability in pelvic tilt among patients, challenge traditional imaging standardization practices and bring into question the optimal position for pelvic imaging in the young adult hip."

The article is unfortunately not available free online, but can be accessed for a fee here.

Congratulations to Jason Robey and Kyndy Boyle on the publication of their recent article, "The Role of Prism Glass and Postural Restoration in Managing a Collegiate Baseball Player with Bilateral Sacroiliac Joint Dysfunction: A Case Report" in the International Journal of Sports Physical Therapy!

If you have questions, you can email Emily!

A course attendee sent me this recent article this morning, "Scapular Positioning Assessment: Is Side-to-Side Comparison Clinically Acceptable?" which was published in Manual Therapy. While this information is probably not earth shattering to those clinicians who have attended PRI courses, it is exciting to see research articles discuss asymmetry in normal, healthy subjects.

If you are interested in learning more on what contributes to scapular asymmetry, I would recommend our Postural Respiration course.....which is all about the diaphragm, thorax and rib's patterned positional influence on the scapula.