I have been working with this patient on a PRI plan of care to address left lower extremity radiculopathy following a back surgery.  We might refer to this as “failed back syndrome”.  She had plateaued in her program and was getting frustrated with her lack of progress.  She was wearing some good shoes consistently and I did not see major foot and ankle concerns initially.  This is a patient who is dedicated to her rehab plan of care so I knew compliance was not an issue.  We spoke at length about the benefits of a PRI orthotic and I finally convinced her to give them a try.

She returned this week after wearing the orthotics for only two weeks and was thrilled with her immediate changes.  I asked her to put it in writing so we could share with others.  I know the orthotic is an investment for many, but the return on this investment is well worth it!

I especially thought Ron and Dr. Wise would be interested in her visual changes!

I want to thank you and the person you worked with on my new orthotics—they’re wonderful!  I started seeing changes immediately upon inserting them into my shoes:

I gained approximately 2 inches in height because I was now firmly placing my weight on my heels versus balancing on the balls of my feet; people at I work were asking me how did I grow taller over a weekend.
I finally started to feel all the correct muscles (e.g. glutes, abs, adductor, etc.)  in my body engaging in concert; typically I could only get that feeling when doing the PRI exercises.
I was able to walk 3.3 mph on the treadmill compared to 2.7 before the orthotics; I was even able to push upwards of 3.6 mph for short bursts.

Beyond the immediate changes, I’ve also had some additional successes with the orthotics:

On my last lift test I moved from a 3 to a 4; it feels great to be off that plateau.
My left calf and hamstring are gaining more flexibility.
My vision has also improved and I no longer have a need to visit my eye doctor for new eye glasses.

I am thankful for the improvements I’ve seen over the past couple of weeks, and I appreciate all the two of you have done to improve my quality of living.

We received this email from a PRI educated clinician in Minnesota:

“I just thought I’d pass on some information from a Nova program that was on television recently. A doctor was researching genetic abnormalities associated with muscular dystrophy. He was interested in this field because both his older and younger brothers suffered from the disease.

He found an area in the genetic sequence where muscle genes had been “turned off”. He then tested himself and others who didn’t have the disease and determined that normal individuals also had these genes “turned off.” He then studied the genetic code of chimpanzee’s and the great apes and discovered that their genes were still “on.” He then discovered that the genes in question controlled the size and strength of the masseter (jaw) muscle.

Human masseter muscle has been on the evolutionary decline for some time now and is a fraction of the size found amongst the apes. In fact, the great apes have a masseter approaching the size of our quadriceps muscle. I thought perhaps our muscles have declined because we eat more marshmallows than they do but the doctor had a better explanation.

The moral of the story is that improving human intelligence and brain size is more important than eating a tough steak.”

Bobbie Rappl
Posted November 12, 2010 at 10:36PM
Categories: Articles
0 Comments
Should you reach with the right or left hand?

Deciding which arm to reach with during PRI Non-Manual Techniques is a common topic that comes up.  Kurt Weidauer, DPT recently wrote an article that discusses this very topic.  You can read this article HERE!

38 year old female with history of allergies (fall season is worst), 2 back surgeries, right knee arthroscopy
Being seen for low back pain – PRI effectively eliminating pain
Meanwhile, neck problem - went to a NUCCA practitioner
Noticed sinus cavities would change post NUCCA treatments (sometimes better, sometimes worse)
Manually worked on the sphenoid and had great results – learned the right sinus cavity is an “indicator” for this patient
Noted that bed positioning was knocking the atlas out of position: when turning, she would lean & pivot on her head – stopped doing that
Began identifying other things that would gradually pull atlas out of position: including a “subconscious” jaw left protrusion (sustained contraction) she identified whenever she laid down – especially on left side (left jaw received feedback from the pillow and pressed into it)
Performing regular left lateral pterygoid strengthening

The ability to hold the position of the atlas (and therefore decrease the need to go to NUCCA appointments) is directly related to the rest of PRI: if left lateral pterygoid is strong and not pulling it out, then what about the other asymmetrical influences further down the chains?  As soon as we laid off the other areas of weakness (emphasis = low traps, thoracic rounding & left IO, left adductor/hamstring, right glute), the # NUCCA appointments also began increasing.  After the next NUCCA, those exercises were re-emphasized… and voila!  It was about a month before she went to NUCCA again (vs every 2 weeks).

Results:
It has now been 10 months since NUCCA has started and some conclusions that I’m drawing:

Position of atlas is vital to overall health
Atlas & sphenoid relationship is vital to overall health – and something very specific as related to allergies/allergic reactions
Sphenoid position directly relates to sensation of “clear nostrils”
NUCCA alone only puts the atlas back into place… what’s going to hold it there?
When the atlas is placed in the ideal position, left lateral pterygoid (for this individual) can effectively reposition/and hold the sphenoid in its ideal place, which in turn holds the atlas in place
When the sphenoid doesn’t reposition easily, the atlas is not in its ideal position
If NUCCA appointments occur frequently because the person isn’t “holding their position,” then the answer is PRI – there is likely a subconscious muscle tension / a part of the asymmetrical influences identified by PRI that is ultimately pulling atlas out of place

Really, I’m just wanting to share this with Ron – it’s quite amazing!

We are excited to share this success story with you sent to us by Mike Cantrell, MPT, PRC.  His patient describes her journey through Physical Therapy and how PRI saved her running career.  Check it out HERE!

Here is the 5th installment to the Balanced Regeneration articles written by Lisa Bartels.  This article in on the facilitation of the gluteus maximus.  To read this article, CLICK HERE!

For the Hruska Adduction Lift Test, one thing I want to ask about is the patient to therapist size ratio.  I’m a tall guy, when I perform this test I really try to keep the upper leg at a “reasonable” height for the patient’s body.  It also seems that the passive hip abduction test will highly correlate.  Can you comment on this?

I have frequently been asked this question in classes across the country.  In short, the height of the examiner is not a significant issue up to a point.  There appears to be range of tolerance with regard to ability to perform the test and the height of the examiner.  Normal abduction is in the order of 45 degrees.  If the examiners’ height takes the LE well-beyond 45 degrees then height might become an issue.  I am 6’1” and have yet to discover anyone that I felt was adversely affected by my height. However if I were Shaquille Oneal and my patient was less than 5 feet then height could become an issue.

At that point I still have some options:
1. call in another examiner
2. place the top most lower extremity on the wall (which I hate to do since I
like to feel what the top LE is doing)
3. use the Abduction Lift Test since there is a good correlation between the
two
4. all of the above!

The test is helping us understand how well the patient can recruit and inhibit multiple muscles so we want to be sure that we score accurately.  In fact, another name for the test could be the: “How Well Do You Shift Into Acetabular Femoral Internal Rotation And Recruit And Inhibit Muscle Test” but it’s kind of long and that acronym HWDYSIAFIRARAIT just doesn’t flow.

Thank you for all of the work you do.  You are great.  Also, the class was really enjoyable.  This stuff is addicting…I want to keep learning more.  Also, please tell Ron thank you again for all of the hard work that he does to teach and educate us all.  This has really changed the way I practice and came at a time I was becoming frustrated with limited outcomes and the PT profession.  It has certainly rejuvenated me.  So again, thanks for everything.
Chris Fortman, MPT

We are gearing up for the Myokinematic Restoration course being held here at PRI on October 9-10.  If you have never been to this course before, you won’t want to miss this opportunity.  We will have 3 course speakers present at this course (James Anderson, Jen Poulin, & Ron Hruska).  Having 3 speakers on site during this course will provide for excellent dialogue and very low speaker to attendee ratio.  Everyone in the room will have plenty of opportunity to learn from all 3 of these experienced individuals as well as get all of your questions answered!  Early registration ends Friday September 10th so register soon! 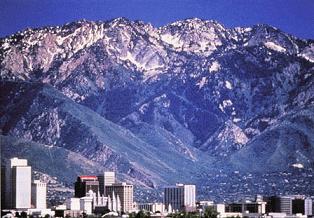 The PRC Committee (James Anderson, Jen Poulin, Mike Cantrell and Raulan Young) have chosen Saturday February 19th in Salt Lake City for the Annual PRC Meeting.  If you are a PRC therapist, please visit the chat forum on a regular basis to read about any updates the committee makes!  If you have questions, please comment in the forum and one of the committee members will address it!